In honor of Women's History Month and International Women's Day, we've asked a few of the phenomenal women at Nossaman to share their personal insights and stories of inspiration. 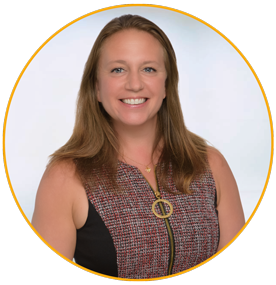 How are you breaking barriers faced by women in your field?
The field of election law has traditionally been an old boys' club as much as any other profession. By combining my passion as a feminist and campaign finance attorney, I have inserted a new way of thinking about election laws and how they impact women’s ability to be competitive as candidates. This approach led to the passage of a campaign finance bill last year that allows candidates to use campaign funds for childcare while campaigning, which will make it easier for women and parents of young children to be candidates.

What inspired you to become a lawyer?
I was inspired to become a lawyer by the deliberate disenfranchisement of voters that I saw when working for nonprofits in low income communities and communities of color. I was outraged that elections were being administered in ways designed to preclude specific segments from voting. For example, on the Cheyenne Reservation in South Dakota, polling locations were sometimes located up to 20 miles away from where voters lived, and at the time South Dakota did not have vote-by-mail. This led to many Native Americans not voting because logistically it was impossible. Even though through my nonprofit work I was able to increase voter turnout by finding creative ways to get around these hurdles. I became a lawyer so I could change the rules and get rid of the hurdles entirely.

What advice would you give to young women who are starting out in their careers?
If your goal is professional autonomy, be deliberate about your career and career choices, and once you identify what you are passionate about, hang in there. Getting to a place of professional autonomy takes time, a lot of hard work, plenty of compromises and disappointments, but it is worth it. I have seen so many young people articulate a vision for themselves, and then throw in the towel after the first rejection. My list of failures is probably twice as long as my list of accomplishments, but I wouldn’t have any accomplishments if I didn’t keep going! 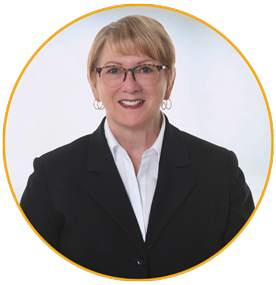 Tell us about a woman who has inspired you.
My career was inspired by Sara Mitchell Parsons who was a dedicated civil rights activist in Atlanta, Georgia and became the first woman elected to the Humboldt County Board of Supervisors in its 120 year history. In the 1960s, Sara fought for Civil Rights as an elected member of the Atlanta Board of Education, becoming good friends with Rev. Martin Luther King, Jr., Coretta Scott King and a very young Jimmy Carter. Sara also worked with her church and PTA and eventually became a member of the Atlanta League of Women Voters, which lead to her involvement in the Civil Rights Movement. In 1961, she ran for a position on the Atlanta Board of Education and won. Her main focus was integration of schools. She told me after touring schools in her jurisdiction she formed the opinion that “separate but equal” was not working.

Her life started changing when she was an officer in the Atlanta League of Women Voters. Sara said she read the bylaws of the organization which stated any white woman could become a member. That didn’t sit right with her. One of her colleagues put a motion on the floor during a league meeting to have the word “white” deleted from the bylaws thus opening the door for any woman to join. She told me this action made all the newspapers and even Time Magazine! The League was one of the first big organizations to integrate. Sara said, “The action was dramatic for a lot of us who had just been housewives.”

Sara moved to California in the 1970s, taking Humboldt County by a storm - serving grits for breakfast and hosting dinners with a group of politicians who became known as the “Arcata Mafia.” One of those politicians, (former California State Senator, State Assembly Member, County Supervisor and Arcata City Councilman) Wesley Chesbro, managed her first campaign. Wes said his greatest challenge was convincing residents in Arcata, the liberal college town, that “despite her southern upbringing, Sara was as progressive as they were.”

In 1977, Sara Mitchell Parsons opened the door for women to win elections in Humboldt County. I am proud to have followed in her footsteps to be the 3rd woman elected to the Board of Supervisors (1987) in the County’s history. She was the perfect first woman to break the ice.

What is the best career advice you’ve ever received?
The best career advice I ever received also, coincidentally, came from Sara Mitchell Parsons. When I won my first election, Sara said, “Don’t let the boys put you on the Courthouse Beautification Committee, Bonnie. Find out what you’re passionate about and go for it.” I chose to pursue a Governor’s appointment on the California Coastal Commission where I served a total of 12 years – two as Chair of the Commission. Today I am proud to be a member of the Coastal Group at Nossaman helping private developers and local governments navigate through the Coastal Commission’s process. 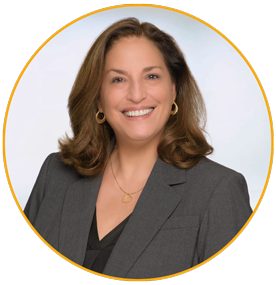 What is the best career advice you’ve ever received?
“Give it a try.” Best advice ever! You can always try something else, but you won’t know until you try something first! This has allowed me the freedom to learn so much and become a multi-faceted woman and leader.

What advice would you give to young women who are starting out in their careers?
You are not alone! You never know where a connection may come from. Be open, as you will meet people along your path who will plant seeds with you that may take time to come to fruition and those who can offer immediate guidance. Ask for help! No one got where they are alone. Oh, and elevate others whenever you can.

What do you wish you could tell your younger professional self?
Be more patient…life is a marathon, not a sprint. 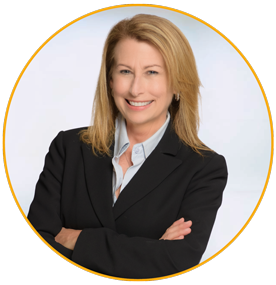 What is the best career advice you’ve ever received?
These days there are so many opportunities for young women to have a career that they find fulfilling, while also allowing time to do other things outside of their daily work routine, whatever that may be. To have a balance of a career and a personal life is the most import advice that I can pass on. If one sticks to what interests them, the rest will fall into place.

Tell us about a woman who has inspired you.
I am big on sayings and affirmations. There are so many women who have inspired me over the years from authors, to activists, to religious leaders. There are two that I remember and would like to share. The first is by Isabelle Nucci - "We could all be lucky to find careers that connect us to our passions in new ways, but we can’t forget to take the time to nurture them independently for ourselves." Lastly, from Martha Stewart - "When you’re through changing, you’re through." 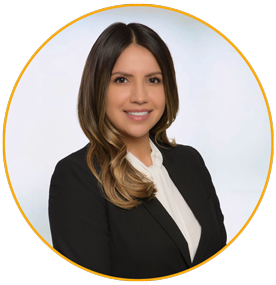 What advice would you give to young women who are starting out in their careers?
The advice I would give young women starting out in their careers, especially male dominated careers such as the legal profession, is to not question whether they belong where they are. They belong in their profession, in that meeting, etc. As for young Latina lawyers and women of color in the legal profession, at times it is difficult to feel included, especially when in most work settings the people around you don’t look like you. However, it is crucial to remain confident and know that you possess the ability to be successful—let go of the impostor syndrome. And although you will have to adjust to your new profession, do not feel like you have to conform and fit into a specific shape/image or someone else’s idea of how you should act or what you should look like. Shape your career to suit you, your needs and wants. Lastly, it is important to have a mentor and someone you will feel comfortable talking to about life and/or work advice.

Tell us about a woman who has inspired you.
Many women have inspired me in some way or another, including Ruth Bader Ginsburg, Sonia Sotomayor, and Selena Quintanilla, but the one woman who has inspired me the most is my mother, Maria Magdalena Perez. She has taught me to be fierce, assertive, loving, ambitious, and luchadora. My mother was born in Apozol, Zacatecas, Mexico and when she was a few months old her family moved to Guadalajara, Jalisco. She started working at the young age of 11 and has held many different jobs throughout her life—all to help support her family. At the age of 20 my mother came to the United States with my father, leaving behind family and friends and only bringing with them a small bag and whatever else they could carry. She is the true meaning of sacrifice and endless love. She is my person—the one I gravitate to and the one I think about whenever I feel like fear is stopping me from moving forward.