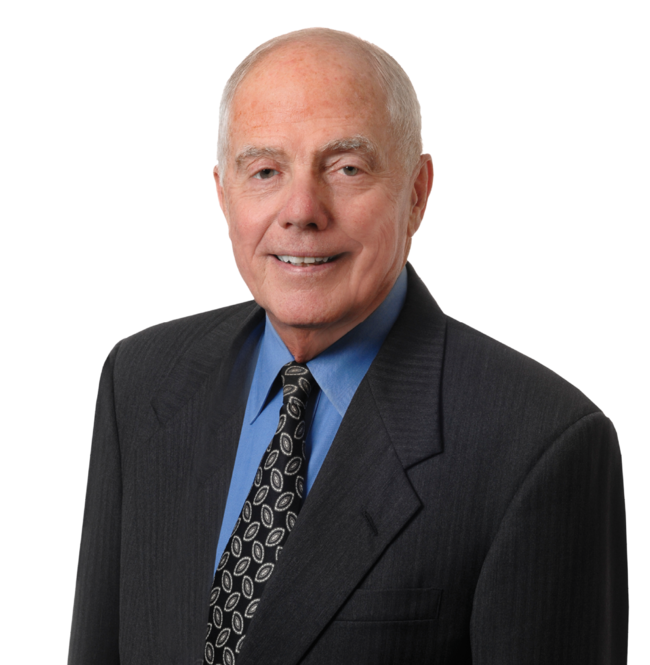 Bob Sullivan is a senior litigator with significant trial and appellate experience.  He focuses his practice on administrative, governmental law, labor, and healthcare law.  He has represented clients before state and local government agencies since 1967, having tried approximately 300 contested adjudicatory hearings under the California Administrative Procedure Act.

Bob represents lawyers, real estate brokers, doctors, contractors, engineers as well as most other professionals who are regulated by the state.  He also counsels a variety of healthcare providers, including individual physicians, medical groups, ambulance companies, hospitals, and mental health clinics before state and federal agencies in the areas of malpractice suits, employment disputes, medical staff credentialing, licensing, and regulatory disputes.  He also is experienced as an arbitrator in healthcare law disputes.

Bob has been recognized by San Francisco magazine (2004 - 2017) as one of the Northern California "Super Lawyers" in healthcare and is also AV Preeminent® Peer Review Rated by Martindale-Hubbell.

Skelly v. California State Personnel Board.  As Chief Counsel of the California State Employees Association I represented Dr. Skelly in challenging the due process provisions of the State Civil Service Act.  The California Supreme Court ruled in favor of Dr. Skelly holding that state civil service employees were entitled to a pre-termination due process hearing and held that the post-termination hearing provisions of the Civil Service Act was an unconstitutional deprivation of due process.

Wood v. Superior Court.  Board of Medical Quality Assurance issued administrative subpoenas for medical records pertaining to certain patients of two doctors who were suspected of prescribing medication under suspicious circumstances.  The doctors refused to comply and the board sought judicial enforcement of the subpoenas. Court of Appeals granted a peremptory writ directing the trial court to set aside its judgments ordering compliance.  The court held that "good cause" must be demonstrated before government can compel disclosure of medical records.

Menefee & Son v. Department of Food & Agriculture.  Growers brought action against the Department of Food and Agriculture challenging seizure of crops because of illegal application of poison. Superior Court, Sacramento County entered judgment in favor of department, and growers appealed.  The Court of Appeal reversed the decision, holding that the seizure and the statute authorizing it were unconstitutional.

Armistead v. California State Personnel Board.  Former civil service employee filed petition for writ of mandate, seeking to compel State Personnel Board to set aside his resignation. Then Superior Court, Sacramento County dismissed petition, and employee appealed.  The Supreme Court reversed the decision. This case defines underground regulations and its holding applies to all state agencies.

Antioch Park Medical Group v. Dept. of Health Services.  Medical group successfully sued Department to invalidate an overpayment audit and finding of the department based solely on a statistical sample extrapolation.  The court found the use of such a statistical method is unreliable and unauthorized by California law. The Department did not appeal and paid the plaintiff's attorney fees and costs.

HealthCare Partners.  A diverse group of physicians whose purpose is to contract with HMOs to provide medical services to clients of the HMO on a capitation basis. We do acquisitions, joint ventures, corporate structuring, employment issues, real estate leasing and litigation; we are currently assisting in securing a "limited" Knox-Keene license.

Plumbing Company.  Represented a large plumbing company in central California, which was accused of taking advantage of elderly customers in plumbing jobs and charging them outrageous fees.  The case received widespread publicity in both print and television.  The charges were resolved with a citation and fine after a lengthy settlement conference where it was demonstrated that the fees charged were standard in the industry for the work outlined and that there was no unnecessary work proposed by the contractor.  A citation and fine is not license discipline.

Electrical Contractor.  Successfully negotiated a settlement with the Contractors State License Board of California for a statewide emergency electrical contractor accused of fraudulent advertising and performing unnecessary work.  The company changed its advertising and its practices in how it performed job estimates and the company retained its license.

Pool Contractor.  Represented a large pool contractor whose business failed leaving numerous homeowners with dry holes. The majority shareholders were unaware that the responsible managing employee of the company had looted it.  We convinced the District Attorney that our client had been a victim of embezzlement and felony criminal charges were filed against the responsible managing employee and his wife.  The corporate license of the pool company was surrendered, but other licenses of the majority shareholders, who were not involved in the management of the pool company, and whose companies operated distinctly separate from the pool company were preserved.