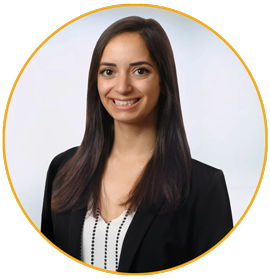 What is your proudest professional moment so far?

In September 2020 I argued and won my first solo hearing on behalf of my pro bono client, 18-year old Sindi.

I met Sindi through Kids In Need of Defense (KIND), a national organization advocating for the rights of unaccompanied migrant and refugee children involved in deportation proceedings. Sindi fled from Guatemala to escape abandonment, abuse, neglect, and child labor. I am working to obtain citizenship and reunify Sindi with her father (“Dad”), who was kidnapped multiple times by drug cartels and forced to flee to the U.S. when Sindi was very young.

The first phase involved petitioning the state court to establish Dad’s physical and legal custody over Sindi. I also had to prove to the court that it was in Sindi’s best interest to remain in the United States. On September 22, 2020, I advocated at my first ever hearing at San Francisco Family Court, requesting custody and “Special Immigrant Juvenile” findings. The judge granted both requests at the hearing. I am now petitioning the Department of Justice to grant Sindi asylum so that she can remain in the United States with her dad.

I am a major “rockhound”—or rock hunter. Most weekends my fiancé and I drive to old mines, mountains, and/or creeks to look for minerals. We most recently climbed up to a mine in Reno, Nevada to dig for quartz crystals. It is a really fun hobby that both gets you outdoors and engages your analytic mind. I also love to whittle! I am not good at it, but I whittle often enough to call it a hobby.

What do you love about your work?

I love being on a team. Each team member on a case has a unique skillset to offer. I enjoy learning other teammates’ perspectives, arguments, and approaches to litigation. It opens my mind to a lot of new ideas and styles, and facilitates my own growth as an attorney and as a person. It is also a nice feeling to create strong, articulate, and polished work product for our clients—a feat which would not be possible without each team member’s contribution. Finally, I love being relied upon and knowing that I can rely upon others even during the most stressful moments of a case.

What might people be surprised to learn about you?

I have a black belt in Tae Kwon Do. I also love to macramé. I am a woman of many far-fetched talents. 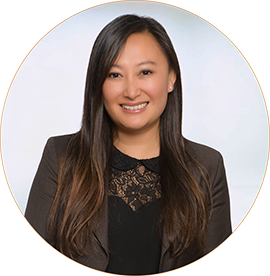 Anna represents and advises emerging and established companies as transactional and general corporate counsel with respect to a wide variety of business transactions including mergers and acquisitions, commercial transactions and corporate governance. Having begun her career as a corporate and tax attorney at a top 20 law firm in Australia, Anna has expertise in assisting clients with commercial matters and tax effective structures for Australian investment and activities, and advising multinational and foreign clients on Australian and international commercial and taxation issues.

What is your proudest professional moment so far?

I have a couple of proud professional moments. The first would be passing the California bar and becoming a lawyer in two countries – Australia (Victoria and New South Wales) and the US (California). Second would be my involvement in counselling a Big 6 accounting firm on its restructure and expansion in Australia and acting as lead counsel on a $161 million acquisition of a physician owned hospital in Oklahoma City. And, of course, being elevated to Partner this year!

I speak three Chinese dialects (Mandarin, Cantonese and Teochew). I can also read Chinese and am conversational in French. I enjoy hiking – I have hiked through parts of Australia and Asia (Mongolia and Nepal). I also enjoy photography, especially when coupled with travelling.

What do you love about your work?

Lots – being a corporate attorney, I enjoy learning about all the aspects of my client’s business (they range from healthcare/ambulatory surgical centers, real estate developers to appraisal management companies), and I am generally curious about what keeps my clients up at night. I enjoy negotiating a transaction and drafting agreements to get the best deal possible for my clients. 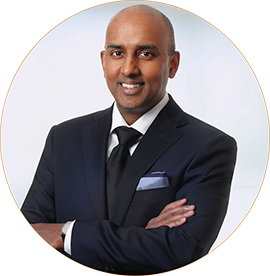 Raja co-chairs our Firm’s Minority Affinity Group and is an active member of the South Asian Bar Association.

Why did you decide to become a lawyer?

Looking back, I think it was because of the people who had a big influence on me in elementary, middle and high school years. I come from a medical family but when we moved to California’s capitol from Hawai’i when I was nine years old, I befriended people whose parents were public servants and attorneys. Like many Indian-American kids of my generation, I was told I could be anything I wanted, i.e., either a doctor or engineer. When I expressed my interest in law and government, the familial response—after the laughter and bad lawyer jokes died down—was a resounding lack of enthusiasm. The exception was my father, who saw it as a way to have an attorney permanently on retainer. Ever the risk-taker, he was not a stranger to legal scrapes and even became a Nossaman client later in life. As a physician, he saw the rise of managed care as a threat and supported my exploration of that other profession (ironically, I ended up working for managed care plans anyway.)

Also, as mentioned in the above paragraph, my friends throughout my nine years as a child in Sacramento had parents in the legal field—I should add they’re still my friends forty-plus years later. My good friend Tony’s father was Gene Varanini, who served in the first Jerry Brown administration as the Governor’s energy policy maven. Mr. Varanini went to law school at night, taking a class on the U.S. Constitution taught by my friend Greg’s father, who was also a judge of some kind. Later, I learned it was on the Ninth Circuit Court of Appeals and, during our college years, the U.S. Supreme Court, where they called him Justice Kennedy. Our neighbors on either side of our house were father and son with the last name Post. The father, Alan Post, although not an attorney, was the longtime Legislative Analyst for the State of California. He inspired me and many others with his sincere and intelligent approach to everything, including, as I later learned, to converting legislators’ intent into workable laws for Californians.

I can say with certainty that each of these adults from my youth saw their public service as a calling and the law as their vehicle for doing good. This was impactful. Thus, it was no accident that their sons—my friends—all became attorneys, as did I. This influence also led me to spend some years in public service that I recommend to anyone given the opportunity to serve. Had I not spent my formative years in that community in the state capitol, who knows what would have happened? I might have become an engineer and just gone to Silicon Valley or Redmond, Washington, and become wealthy and retired already. And, who wants that? Hmmm…The truth is I would not trade this path even if I could. 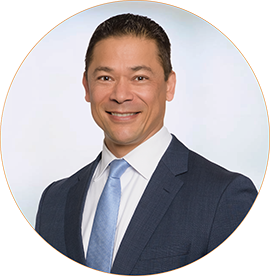 David brings more than 20 years of litigation and trial experience – representing both plaintiffs and defendants – to his engagements. He excels at partnering with clients to identify their goals and to develop and execute winning strategies to effectively resolve complex business disputes both inside and outside the courtroom. Through the development of his civil trial practice, he has honed his ability to communicate and connect with judges and juries, as well as with clients, witnesses, and other attorneys. David serves as Chair of Nossaman’s Litigation Department and Co-Chair of its Real Estate Practice Group.

Why did you decide to become a lawyer?

There are two reasons I decided to become a lawyer. The first major influence occurred when I was a child. My dad was involved in a complex business deal with two larger companies. He had identified the opportunity, introduced the two other companies to each other, and largely orchestrated the deal. After significant time, effort, and expense, the two larger companies decided to cut my dad out and do the deal without his business. This resulted in expensive and significant litigation. I saw the impact it had on my dad both personally and professionally. This was especially true because it was apparent that his lawyer was not well suited for the matter and it ultimately resulted in my dad losing his business. This left quite an impression on me, and made me appreciate the importance of being a strong advocate for a client. I’ve heard of situations where people have decided to pursue a career in medicine due to a health-related tragedy that occurred to someone close to them when they were children. I suppose the same could be said for me with respect to the law.

The second driving force is that I’ve always enjoyed strategic competition. Throughout my youth and into college, I played baseball at a fairly high-level. I loved the competition and the camaraderie that came with playing a team sport. After my playing days ended and I was deciding upon my legal path, I discovered that high stakes litigation/trial work enabled me to experience the same type of competitive platform, camaraderie and opportunity for teamwork that baseball offered to me. And there’s far greater longevity without the risk of blowing out a shoulder!

I’ve coached my son’s little league team for the past several seasons and I coached my daughter’s softball team before that. I’ve found it incredibly rewarding to work with the kids on my teams and to teach them not only about the fundamentals of the sport, but also the right way to compete, and the all-important aspect of having fun. Other than that, having a busy practice and a family with two kids unfortunately limits my time for many hobbies. I do find it important to take some time for myself to exercise regularly.

What might people be surprised to learn about you?

That my mother was Chinese, my father is Jewish, and that I was born in Tokyo, Japan. I spent my first four years of my life there and still have family in Japan and China (I still speak/understand a little bit of Japanese). I think this has given me a different perspective on people because I grew up not fully identifying with a particular ethnicity. In fact, I found that many Caucasian children would tease me for being Asian, and many Asian children would tease me for being Caucasian. I was also frequently asked by children and adults throughout my childhood, what are you? This was incredibly difficult growing up because children generally just want to fit in. Over time, this became a source of great strength and I now find that I have an ability to empathize and relate to a wide variety of people.