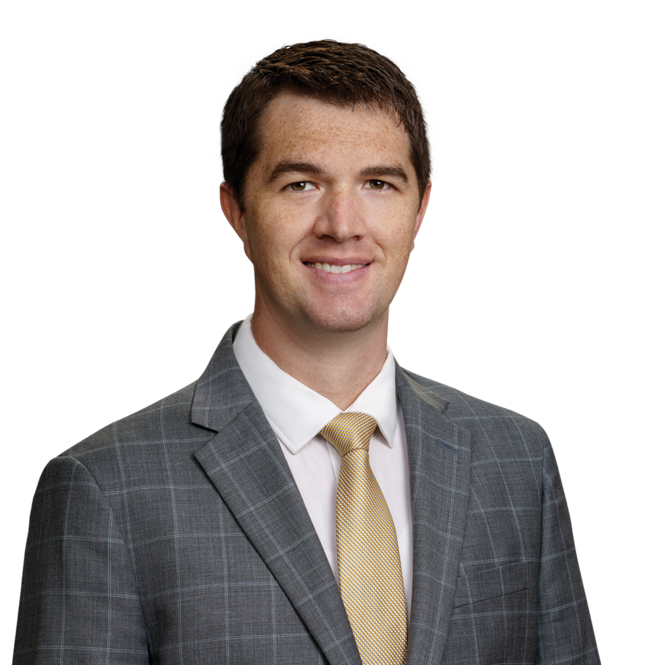 Kyle Hamilton represents clients in a wide variety of infrastructure transactions. His practice encompasses project financing, project and corporate acquisitions, and formation of partnerships and joint ventures. He has experience with project and corporate restructuring as well as general regulatory, corporate and EPC matters.

Kyle served as a judicial intern for the Eastern District Court of Michigan and was a member of the Michigan Innocence Clinic.

Transurban – Virginia Express Lanes Projects. Key member of the team that represented Transurban, one of the world’s largest toll-road operators, on its US$2.1 billion sale of a 50 percent interest in certain assets. The transaction included the 95 Express Lanes, 495 Express Lanes and 395 Express Lanes in Virginia. Further advised on financing and project documents with various express lanes expansion and construction projects, including the Fredericksburg Extension, the 495 Northern Extension and Elizabeth River Tunnel.

Project Service LLC – Connecticut Service Plazas. Key member of the team that represented an international consortium in connection with its US$229 million acquisition of JLIF Holdings U.S., Inc. and its subsidiary, Project Service LLC. The acquired entities operate 23 on-highway services plazas located in Connecticut between New York and Boston under a concession agreement with the Connecticut Department of Transportation. Drafted and advised on the acquisition, financing and project documents. Further advised on the private placement of US$138.5 million of privately placed amortizing senior secured notes for the refinancing of the company’s acquisition debt.

Service Plazas Acquisition. Key member of the team that advised an international operator of service stations on the acquisition of 60 on-highway service plazas along 13 highways within eight states in the U.S. Northeast and Midwest regions. Advised on acquisition, financing and project documents.

Assured Guaranty – Latin American Infrastructure Social Bond. Key member of the team that advised Assured Guaranty Municipal Corporation as insurer and U.S. sponsor in a successful 760 billion Colombian pesos (c. US$209 million) social bond issuance. This was the first social bond linked to an infrastructure project in Latin America and the first bond guaranteed by the US International Development Finance Corporation. The proceeds were used to refinance and complete the funding of the Puerta de Hierro Toll Road project to connect the Colombian port cities of Barranquilla and Cartagena with interior departments near the Carribean coast, and further south to Medellín and Bogotá.

Infrastructure Bond Insurer. Assisted in representing a bond insurer for the private activity bonds issued to finance in part the Michigan I-75 project and the LAX Automated People Mover project.

Broadband Public-Private Partnership. Assisted in representing a consortium on a broadband P3 project with the Pennsylvania Turnpike Commission.