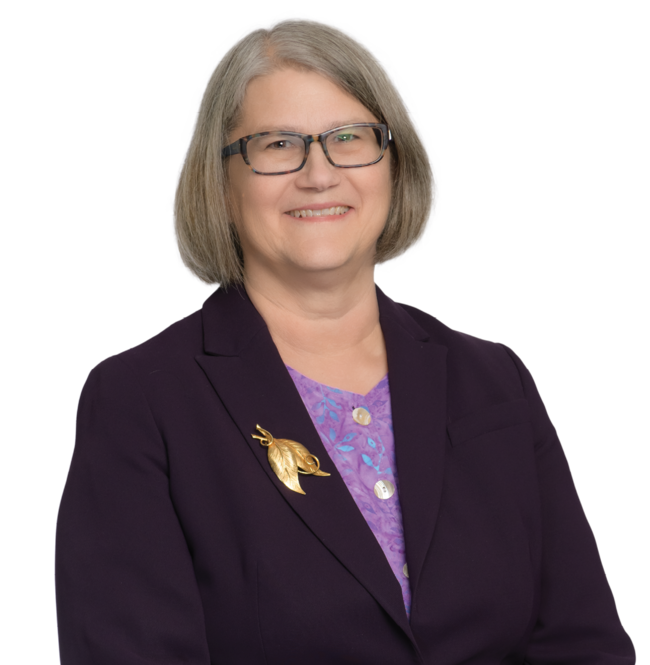 Co-founder of Nossaman’s Infrastructure Group, Nancy Smith is nationally known for her expertise in use of design-build, public-private partnerships (P3s) and other innovative contracting methodologies for public projects. Her pioneering efforts and continuing involvement in the infrastructure development process have laid the groundwork enabling public agencies throughout the U.S. to use non-traditional methods for project delivery.

Nancy has been instrumental in obtaining federal and state legislation allowing use of innovative contracting procedures for public projects. In addition to developing contracts for specific projects, she has advised state departments of transportation and other agencies in establishing a programmatic approach using innovative project delivery methods. She is among a select group of attorneys certified as design-build professionals by the Design-Build Institute of America.

Port of Long Beach – Long Beach International Gateway Bridge. Key member of the legal team that advised on the development of a new 1.5-mile cable-stayed bridge to serve one of the world’s largest and busiest container ports. We assisted with the $957.5 million procurement and with contract administration, including claims resolution and project acceptance. We also negotiated agreements for property acquisitions and utility relocations, as well as agreements for transfer of property to the State of California. We are currently negotiating an agreement with the State concerning reimbursement of operation and maintenance costs. The project opened to traffic in 2020.

Los Angeles County Metropolitan Transportation Authority – Microtransit P3. Assisting with LA Metro’s two-phase procurement of a pre-development agreement (PDA) for pilot microtransit projects under which the selected private partners are now developing software/technology platforms for a network of small transit vehicles to provide on-demand rides between bus and transit stops and customer origin/destination locations. Contracts for the first phase were awarded in 2018. The second phase involves selection of one or more of the vendors for a three-year implementation of the service in designated zones.

Metro Gold Line Construction Authority – Metro Gold Line. Principal in charge of Nossaman's general counsel work for the Authority and co-leader of the legal team that advised on projects to develop the Metro Gold Line since 2000. We currently advise the Authority on the 24-mile Foothill Extension. Phase 2A of the project, which began service in March 2016, added 11.3 miles of new track along with six new stations and an operations and maintenance facility. Phase 2B will extend the system further east. In August 2019, the Authority awarded the Phase 2B Alignment Design-Build contract, which includes an $805.6 million base scope for the first nine miles of the project.

Maryland Transit Administration and Maryland Department of Transportation – Purple Line Light Rail. Co-leader of the legal team for the procurement of Maryland’s first transit P3 project awarded in 2016. After the concessionaire’s design-build contractor left the project in fall of 2020, we advised MTA/MDOT on the negotiation of an amended P3 agreement and resolicitation of a replacement design-build contractor. The $3.4 billion (capital cost), 16.2-mile light rail system will significantly facilitate mobility between the Maryland suburbs and Washington, D.C. The amended project reached financial close in April 2022. Nossaman continues to advise MDOT/MTA in the implementation of the amended P3 agreement.

Orange County Transportation Authority – I-405 Improvement Project. Co-leader of the legal team engaged as part of the Authority’s program management team to advise on a project to add a general purpose lane and an express toll lane in each direction, as well as the conversion of an existing HOV lane in each direction, between SR 73 and I-605 in Orange County, California. The project, the largest highway upgrade in Southern California, will relieve pressure on one of the state’s most congested corridors. In November 2016, the Authority awarded a $1.2 billion design-build contract to a consortium led by OHL USA Inc. and Astaldi Construction Corp. Construction on the project, estimated to cost $1.9 billion overall, began in 2018. Nancy’s role has included drafting and reviewing contract and procurement documents for the project.

New York State Thruway Authority – Tappan Zee Bridge. Key member of the program management team that advised on the replacement of an aging three-mile-long cantilever bridge over the Hudson River with a new cable-stayed, dual-span structure designed to last a century. To help deliver the project, Nossaman drafted procurement and contract documents and assisted with the procurement, resulting in a $3.1 billion design-build contract with a Fluor-led consortium – $800 million less than the next lowest bidder – in the first such deal undertaken by the transportation agency and the largest in the country to date. The new Governor Mario M. Cuomo Bridge opened to traffic in 2017. Nancy led the legal effort for review of enabling legislation, assessment of project risk, production of procurement and contract documents, participation in meetings with proposers, dealing with surety issues, assisting in evaluation of SOQs and proposals and participating in contract negotiations.

Orange County Transportation Corridor Agencies (TCAs) – Orange County Public Toll Roads. Lead attorney advising these agencies on all aspects of planning, developing and operating their toll road system since 1990. The TCAs were formed by the California Legislature in 1986 to plan, finance, construct and operate Orange County’s public toll road system. The system was primarily financed with proceeds from toll revenue bonds, reducing the need for taxpayer investment in roadway development. Nancy has advised the TCAs on more than $2 billion in design-build contracts and operation and maintenance contracts for toll roads, facilities and systems, as well contracts for a wide variety of matters, including design professional services, environmental services, landscape maintenance, small construction projects, demolition projects, janitorial services, supply and installation of equipment, software development, disposal of hazardous materials, printing services, master utility agreements, property use agreements, and cooperative and interoperability agreements with other public entities. She is routinely called on by the agency’s contracts and procurement department to advise regarding compliance with relevant statutes as well as policies and procedures.

City of San José – Norman Y. Mineta San José International Airport. Key member of the legal team that assisted in negotiating and administering a design-build contract for a precedent-setting $660 million airport expansion serving California's Silicon Valley. The project, the first major airport design-build undertaking in the state, included the renovation and expansion of Terminal A, a new Terminal B, a 3,000-space consolidated rental car facility and related roadway improvements. The project received more than 25 industry awards.

Metropolitan Transit Authority of Harris County, Texas – METRO Solutions Phase 2. Leader of the legal team that advised on a project to extend the Houston METRORail system. The first leg of the system, the 7.5-mile long Red Line, boasts one of the highest ridership rates in the country since opening a decade ago. Metro Solutions Phase 2 is a $1.46 billion project to design, build, equip, operate and maintain three additional rail lines. The Authority awarded a development agreement to Parsons Transportation Group Inc. and a design-build contract to a Parsons/Granite/ Kiewit joint venture, with vehicles acquired from CAF. The Red Line northern extension opened in December 2013 and the Green Line (East End) and Purple Line (Southeast) began service in 2015. Nancy’s work included advising on the turnkey contract to develop the extensions, producing procurement and contract documents, negotiating the original contracts and negotiating subsequent modifications. She is currently assisting METRO with respect to revisions to their template documents.

Washington State Department of Transportation – Alaskan Way Viaduct Replacement. Leader of the legal team that assisted the State Attorney General’s Office on the $1.35 billion design-build contract to replace the 60-year-old Alaskan Way Viaduct with SR 99, which at the time was the world’s largest-diameter bored tunnel. The two-mile waterfront tunnel through downtown Seattle opened in February 2019. It incorporates a double-decked roadway with incoming and outgoing traffic on different levels. Nancy’s role in the Alaskan Way Viaduct project included reviewing procurement and technical documents, assisting in risk analysis and development of incentives/disincentives to align the contractor’s incentives with the owner’s, drafting contract documents and helping with contract administration issues.

Transportation Research Board, Member of Committees on Contract Law and Project Delivery Methods