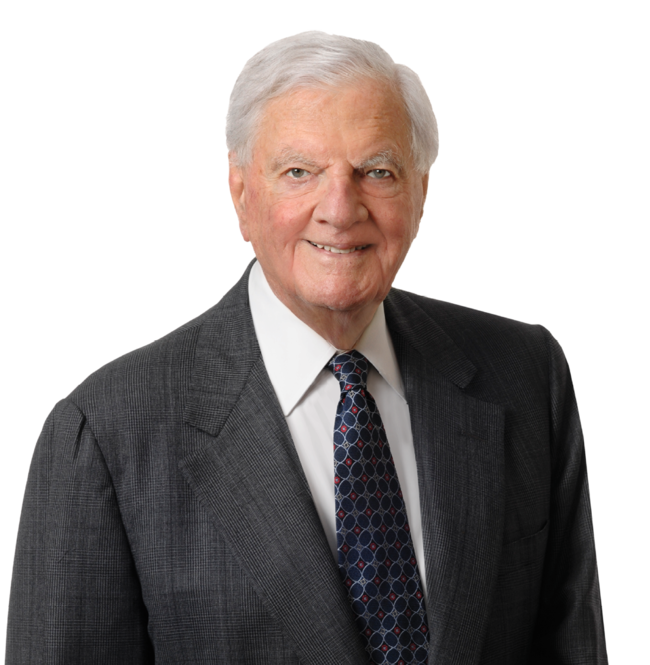 Kurt Melchior is a member of the California Trial Lawyers Hall of Fame, an award given to professionals who have excelled as trial lawyers and whose careers exemplify the highest of values and professional attainment.

Kurt has more than 30 years' experience in complex litigation, including insurance coverage litigation.  He has tried many non-jury and jury cases to judgment and has been counsel of record in more than 70 published cases.

Kurt became a member of the State Bar of California Litigation Section's Trial Lawyer Hall of Fame in 2004 and has been recognized by San Francisco Magazine in 2004 through 2015 as a Northern California "Super Lawyer" in Civil Litigation Defense Law and Business Litigation.

In October 2010, Kurt published the book, "Off the Record: Sidebars from a Trial Lawyer's Life," which includes a series of real life stories drawn from his nearly 60 years of trial experience.  He currently serves as a Deputy Editor for the American College of Legal Medicine's online publication, Legal Medicine Perspectives.

Tosoh SET v. Hartford Fire Ins. Co.  Nossaman represented this policyholder in an action seeking reimbursement of legal fees and costs expended in defending underlying suit alleging false advertising and copyright infringement.  The claim was reversed by the California Court of Appeal, First Appellate District in favor of our client.

Richmond v. Dart Industries 196 Cal.App.3d 869, 877; 29 Cal.3d 462.  Involved claims by a class of 6,000 lot buyers, charging client with consumer fraud in the sale of subdivision lots.  Potential general and punitive damages ranged up to $75 million.  After more than five months, the jury returned a verdict for the defense in all respects.

The Flintkote Company v. American Mutual Insurance Co., et al.  Flintkote had manufactured asbestos-containing building materials.  This case sought principally a declaration of its rights to insurance coverage for defense and indemnity of hundreds of thousands of bodily injury cases and for property damage cases with very large potential liability.  The coverages at issue spanned from 1942 to 1985.  The first phase of the trial ran for an entire year and was completed with successful results.  Thereafter, virtually all of the very complex coverage issues were settled in the client's favor.

Trimont Land Company v. Truckee Sanitary District (1983) 145 Cal.App.3d 330.  This case was tried to the court without a jury.  A case of contract interpretation involving highly complex issues about the allocation of scarce community resources.  The trial court awarded the entire remaining capacity to one developer, thus imposing a permanent building ban on the rest of the community, including Nossaman's client which had intervened on behalf of the defense.  This judgment was reversed on appeal.

Transamerica Computer Corporation v. Telex Corporation.  This was a jury trial on complex issues involving corporate acquisitions and accounting problems.  The jury returned verdicts for both sides on their respective claims.

Deutsch v. Flannery (9th Cir. 1987 and 1989) 823 F.2d 1361 and 883 F.2d 60.  The court ruled for our clients, the defendants in a securities fraud class action, that the Interstate Commerce Act preempted the securities laws, including their anti-fraud provisions.

In re National Mortgage Equities Corporation Mortgage Pool Securities Litigation.  Nossaman lawyers represented the mortgage servicer in this major MDL securities fraud, common law fraud and RICO case involving a giant scheme to assemble fraudulent mortgage pools.  The case eventually settled for large sums of money, however our client was required to pay only a nominal amount.  There were three published opinions, 636 F.Supp. 1136, 682 F.Supp. 1073 and 120 F.R.D. 687.

Hewlett-Packard Company.  Lead counsel for Hewlett-Packard Company in an 11 year litigation in which the plaintiff Datagate, Inc., sued for trade libel.  The trade libel and unfair competition claims brought under California law were eventually severed from the antitrust claims and brought to trial in Santa Clara County Superior Court.  The trial judge allowed an extensive motion for nonsuit on the plaintiff's opening statement.  As to the trade libel and defamation elements of the plaintiff's claim, it was affirmed on appeal in an unpublished opinion.

AMR Corporation.  Represented AMR Corporation as defendant in a trade libel case in which the plaintiff sought an injunction against further distribution of the allegedly disparaging material.  This involved a dispute between the only two United States manufacturers of scanning electron microscopes.  The case was tried and the injunction was denied.  No appeal was taken.

Senior Delegate of the State Bar of California to the House of Delegates, American Bar Association