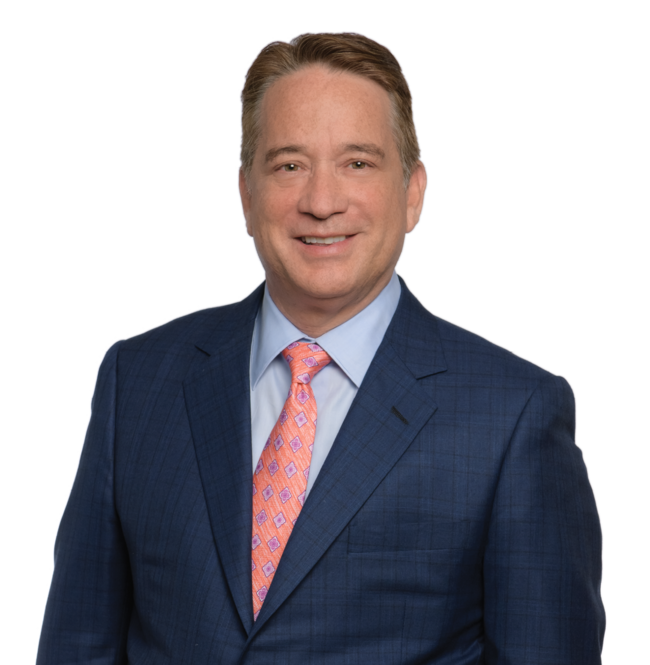 Patrick Harder, chair of Nossaman's Infrastructure Group, is widely known for leadership in the field of public-private partnerships (P3s) and other innovative project delivery methods such as design-build and construction manager at-risk. Public agencies actively seek his guidance in procuring some of the largest, most important projects in the country.

Clients have confidence that Patrick can mitigate risks, solve problems and advance their projects smoothly and successfully – often through cutting-edge approaches. In fact, while working with the State of Florida and its advisors, he helped create a model for the use of availability payment P3 structures that laid the groundwork for such transactions across the United States. He is Chambers-rated nationally and globally in the field of P3s and AV Preeminent® Peer Review Rated by Martindale-Hubbell.

Patrick's deep private sector background broadens his perspective in assisting public clients. Before joining the Firm, he served as general counsel and executive manager for two of the world's largest construction and engineering firms, both based in Japan. He also worked as legal and business advisor on dozens of public and private construction and infrastructure projects around the world including the Petronas Towers in Kuala Lumpur, Malaysia – two of the world's tallest buildings.

City of Los Angeles, Los Angeles World Airports – Automated People Mover (APM). Leader of the legal team advising on a $4.9 billion APM train system to ease access in and out of the Los Angeles International Airport. It will also connect travelers to a light rail, intermodal transportation facility and a rental car center. Now under construction, it is the first APM system procured through an availability payment public-private partnership delivery model and earned several national and international awards.

City of Los Angeles, Los Angeles World Airports – Consolidated Rent-A-Car Facility (ConRAC). Leader of the legal team advising on the ConRAC project at the Los Angeles International Airport (LAX). The facility will relocate and centralize car rental facilities away from the Central Terminal Area and provide direct access to major freeways. The $2 billion project is being procured through an availability payment public-private partnership delivery model. The project captured many honors.

Denver International Airport – Jeppesen Terminal Redevelopment Project (“Great Hall Project”). Key member of the legal team that advised the City and County of Denver on the $1.8 billion P3, which included a multi-faceted upgrade of Denver International Airport's Jeppesen Terminal and the development and management of a new concessions program within the terminal. The project combined an availability structure with shared revenue risk on the concessions program.

The Regents of the University of California – UC Merced 2020 Campus Expansion Project. Leader of the legal team that advised the University of California on a $1.3 billion P3 project that doubled the size of its Merced campus with the addition of new facilities, including student housing, classrooms, recreational facilities and associated infrastructure. The award-winning project is the first university availability payment P3 to close in the United States, and achieved substantial completion on schedule and on budget in June 2020. The project was awarded platinum LEED, making it the first public research university to be certified as carbon neutral. Following closing, we advised on legal issues arising from the implementation of the project.

Chesapeake Bay Bridge and Tunnel District – Parallel Thimble Shoal Tunnel. Co-leader of the legal team advising on the design and construction of a new $756 million tunnel beneath the Thimble Shoal Channel in Virginia’s lower Chesapeake Bay. The second two-lane tunnel will expand capacity and improve safety for travelers utilizing the Chesapeake Bay Bridge-Tunnel, the sole connection between Delmarva Peninsula and the Hampton Roads area.

Florida Department of Transportation – I-4 Ultimate. Leader of the legal team that advised on the development and negotiation of contract and procurement documents for a $2.3 billion highway development across Orange and Seminole Counties. The award-winning availability payment P3 project will rebuild 15 major interchanges, add or replace 127 bridges, and build four tolled express lanes partially funded through a $949 million TIFIA loan.

Port of Long Beach – Long Beach International Gateway Bridge. Lead of the legal team that advised on the development of a new 1.5-mile cable-stayed bridge to serve one of the world’s largest and busiest container ports. We assisted with the $957.5 million procurement and with contract administration, including claims resolution and project acceptance. We also negotiated agreements for property acquisitions and utility relocations, as well as agreements for transfer of property to the State of California. We are currently negotiating an agreement with the State concerning reimbursement of operation and maintenance costs. The project opened to traffic in 2020.

Florida Department of Transportation – I-595 Corridor Improvements. Lead attorney advising on procurement and delivery of this $1.8 billion public-private partnership aimed at alleviating congestion on the main east-west traffic corridor in Fort Lauderdale. We advised on procurement and contract documents and the financing structure, and addressed issues that arose throughout design and construction. The project, the first U.S. transportation project with an availability payment scheme, won numerous honors.

Washington State Department of Transportation – Alaskan Way Viaduct Replacement. Key member of the legal team that assisted the State Attorney General’s Office on the $1.35 billion design-build contract to replace the 60-year-old Alaskan Way Viaduct with SR 99, which at the time was the world’s largest-diameter bored tunnel. The two-mile waterfront tunnel through downtown Seattle opened in February 2019. It incorporates a double-decked roadway with incoming and outgoing traffic on different levels.

Florida Department of Transportation – PortMiami Tunnel. Lead attorney that advised on procurement, financing and delivery of the public-private partnership, which greatly reduced traffic in the Miami region. The $800 million availability payment project, which opened in August 2014, included construction of twin 42-foot tunnels under Biscayne Bay, linking Port facilities on Dodge Island, MacArthur Causeway and I-395. The project, which captured many honors, is open and currently in operation.

Named to the Minority Leaders of Influence: Attorneys list by the Los Angeles Business Journal, 2021, 2019

Named a California Trailblazer by the Recorder, 2019