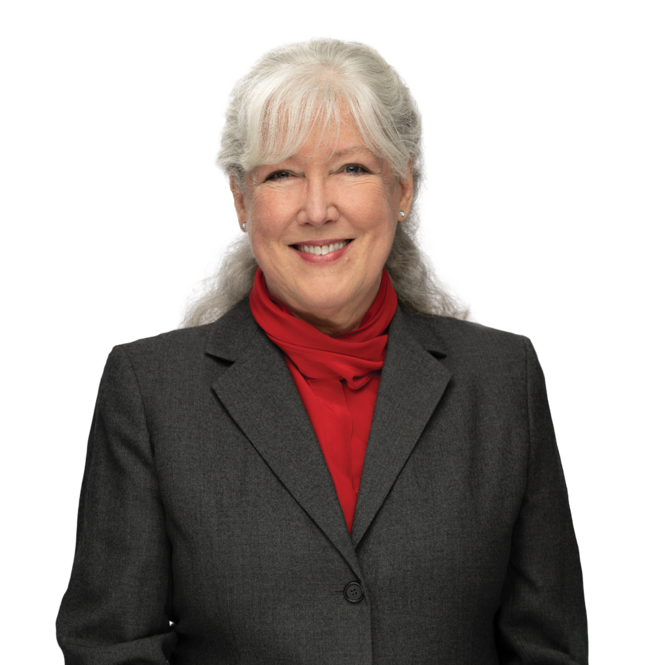 Texas Department of Transportation – I-35E Managed Lanes.  Member of the legal team advising on the 2012 procurement of a project to relieve traffic congestion along a 28-mile interstate corridor in Dallas and Denton counties.  Nossaman helped negotiate a $1.4 billion DBM contract with an Archer Western/Granite/Lane Construction Company joint venture. The project, which includes managed and general purpose lanes, bridges and collector-distributor roads, was opened to traffic in mid-2017.  Linda is currently assisting TxDOT with contract administration for the project.

Texas Department of Transportation – North Tarrant Express Segments 1 & 2W.  Member of the legal team that advised on first phase of a project to dramatically improve mobility in the growing Dallas/Fort Worth region.  Segments 1 & 2W comprise a 13-mile, $2.05 billion piece of the larger $5.1 billion North Tarrant Express P3 – a project that will fix existing highway infrastructure and double existing road capacity with a combination of general purpose lanes, continuous frontage roads and managed toll lanes along a 36-mile corridor in Dallas and Tarrant counties.  The toll lanes are using dynamic pricing to keep traffic moving at 50 mph.  Nossaman helped negotiate a 52-year DBFOM concession agreement with a Cintra/Meridiam consortium to complete Segments 1 & 2W.  Financing includes $573 million in public funds, $426 million in developer equity, a $650 million TIFIA loan and $400 million in PABs.  The segments, along I-820 and SH 121/183, opened in October 2014 – six months ahead of schedule.  Linda is currently assisting TxDOT with contract administration for the project.

Texas Department of Transportation – North Tarrant Express Segments 3A & 3B.  Member of the legal team advising on the second phase of an innovative highway improvement and managed lanes P3 to alleviate heavy congestion in the Dallas/Fort Worth area.  Nossaman helped negotiate a 2013 concession agreement with a Cintra/Meridiam joint venture for the $1.5 billion Segments 3A & 3B portion, which rebuilds general purpose lanes and adds two tolled options for 10 miles along I-35W from I-30 to U.S. 81/287 – doubling the capacity of the existing roadway.  Financing includes $430 million in developer equity, a $531 million TIFIA loan, $274 million in PABs and $127 million in public funds from TxDOT and the North Central Texas Council of Governments.  Construction of both segments was completed in 2018.  Linda is currently assisting TxDOT with contract administration for the project.

Texas Department of Transportation – LBJ Express.  Member of the legal team that advised on a project to ease pressure on a congested 17-mile corridor along the IH-635 and IH-35E in the Dallas Metropolitan area.  Nossaman guided procurement of a DBFOM toll concession agreement with a Cintra/Meridiam joint venture for the $2.7 billion upgrade, one of the largest P3 undertakings in U.S. history.  LBJ Express, the first transportation upgrade to receive federal tolling authorization under the Express Lanes Demonstration Program, reached financial close ahead of schedule in 2010 and was completed in 2015.  Financing included $490 million in public funds, $672 million in developer equity, an $850 million TIFIA loan, and $606 million in PABs.  Linda is currently assisting  with contract administration for the project.

Texas Department of Transportation – DFW Connector.  Leader of the legal team that advised on a 14.4-mile managed lanes project which rebuilt portions of four highways, two interchanges and five bridges along SH-114 and SH-121.  Nossaman helped negotiate procurement of a design-build contract with a Kiewit/Zachry joint venture for the $1.1 billion upgrade which provided faster and safer access to Dallas-Fort Worth International Airport.  Financing included $260 million in ARRA funds – the largest single USDOT allocation under the program.  The initial 8.4 mile phase of the project  was opened to traffic in 2013, nine months ahead of schedule and without material claims or change orders. Construction of additional portions of the project was subsequently undertaken as funding was identified for those improvements. As part of the Texas Clear Lanes initiative, the transportation agency secured congestion relief funding in 2016 for the SH 121/360 interchange, and in 2017 for the I-635/SH 121 interchange.  The SH 121/360 interchange improvements were completed in 2018, seven months ahead of schedule. Construction of the I-635/SH 121 interchange began in August 2018 and is estimated to be completed in 2022.   Nossaman advised TxDOT on procurement issues and strategies, preparation of procurement and contract documents, facilitation of the procurement and evaluations, and negotiation of the final contract.  Linda is currently assisting with contract administration for the project.

Texas Department of Transportation – SH130 Segments 5 & 6.  Key member of the legal team who advised on the first toll concession agreement in Texas history – a $1.36 billion 41-mile stretch of tolled lanes and frontage roads between San Antonio and Austin.  The $1.36 billion roadway, which opened ahead of schedule in late 2012, extended the SH 130 portion of the Central Texas Turnpike Project from south Austin to north San Antonio via a DBFOM contract with a Cintra/Zachry joint venture.  Financing included $683 million in commercial debt, $197 million in private equity and a $430 million TIFIA loan.  Linda is currently assisting TxDOT with contract administration for the project.

Orange County Transportation Corridor Agencies (TCAs) – Orange County Public Toll Roads.  Member of the legal team advising these agencies on all aspects of planning, developing and operating their toll road system since 1990.  The TCAs were formed by the California Legislature in 1986 to plan, finance, construct and operate Orange County’s public toll road system.  The system was primarily financed with proceeds from toll revenue bonds, reducing the need for taxpayer investment in roadway development.

Alameda Corridor Transportation Authority – Mid-Corridor Project.  Member of the legal team that advised on procurement of a $780 million design-build contract with a Tutor Saliba/Parsons/HNTB joint venture covering the 10-mile middle section of the Alameda Corridor rail/grade separation project in Los Angeles.  The entire $2.4 billion, 20-mile project, linking the Ports of Los Angeles and Long Beach with the national freight rail system, opened on time and under budget in 2002.  Improvements included a series of bridges, underpasses and overpasses separating freight trains from street traffic and passenger trains.  The Firm oversaw procurement strategy, contract documents, right-of-way acquisitions, utility agreements and federal funding compliance.  The line, which opened on time and under budget in 2002, captured more than a dozen industry honors.