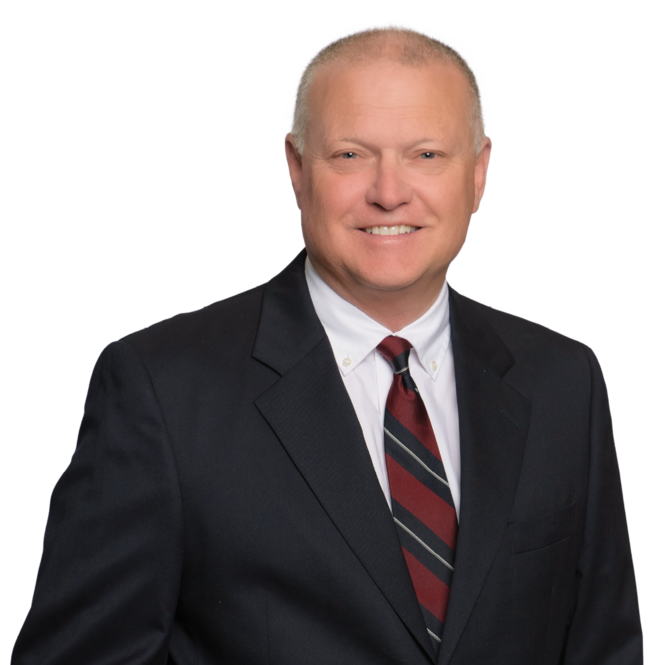 Ren Smith concentrates his practice on real estate, with an emphasis on transactional and infrastructure matters, including leasing, acquisitions, dispositions and financing, as well as workouts, property and asset management issues, land use and environmental matters.  He has experience in structuring, negotiating and closing large and complicated transactions.

Ren represents a variety of clients, including public agencies and pension funds, private entities, including corporations, limited liability companies, partnerships, individuals, pension funds and pension advisory firms, as well as asset and property management companies.  He has substantial experience in both managing and performing due diligence with respect to real property assets, including reviewing and analyzing title documents and surveys, environmental reports, leases and service contracts.

South Coast Water District.  Retained to assist the District, including the board and staff, as well as the District’s outside consultants, in connection with the use and development of a more than thirty acre parcel that is contemplated to include the District’s facilities, such as offices and yards, a desalination plant and other long term ground lease uses, including boat storage and related uses.  Prepared and/or assisted in preparation of Request for Qualifications, Request for Proposals, form of Ground Lease, Memoranda of Understanding, staff reports and analysis.   Then negotiated and documented the terms of various ground leases, memoranda of understanding and the like, including various agreements with other public agencies, including the regional water district, the California Department of Transportation (Caltrans) and the County of Orange regarding, for example, access to and use of County of Orange / Dana Point facilities (boat ramps and launches, etc.).

Arizona Department of Transportation (ADOT) – Flagstaff Facilities. Advised on a P3 project to replace the transportation agency’s Flagstaff DMV, maintenance and other facilities. In a unique partnership with the City, ADOT solicited P3 proposals to relocate and consolidate its offices into newly built or existing facilities – a move that will reduce agency costs while vacating land for commercial development. In exchange, the private partner will secure ownership of the agency’s existing site plus an adjacent parcel owned by the City, for a total of 18 acres. The transaction will provide ADOT new facilities with little or no out-of-pocket costs. The agency entered into a pre-development agreement with a developer it selected in 2013 and the project was completed in 2020. Nossaman’s services have included developing procurement and contracting documents for this innovative project – the Department’s first project under its P3 statute.

Dana Point Shipyard.  Successfully represented private client in negotiations with the County of Orange for a long term shipyard ground lease.  Numerous complex lease, lease extension and environmental issues were analyzed, negotiated, covered and/or otherwise resolved.  The final lease includes development milestones covering a period of more than four decades and coinciding with the on-going revitalization and redevelopment of the harbor in which the shipyard is located.  The lease covers and addresses numerous land use and water quality matters, as the same may evolve over time.

California State University of Long Beach Foundation.  As counsel to the University's Foundation, prepared the form of ground lease for an industrial park on the site of an abandoned military base.  The Foundation is responsible for the master development of the park and, in conjunction with that project, has subdivided approximately 30 acres into 28 lots that are to be ground leased to tenants.  Nossaman has been retained by the Foundation and is representing it in connection with the transactions, including leases, options to lease and other use agreements.

California Polytechnic State University, San Luis Obispo.  Assisting in the preparation of the option agreement, ground lease, and related documents for the Slack and Grand Workforce Housing Project, a 420-unit apartment complex being developed on 15 acres in the southeastern corner of the campus.

Arizona Department of Transportation (ADOT) - South Mountain Freeway Project.  Assisted the Nossaman team that advised on a P3 procurement for 22-mile, eight-lane loop freeway project with an estimated capital cost of $1.8 billion. Work includes assisting with evaluation of proposers’ Statements of Qualifications and preparation of Request for Proposals, including Instructions to Proposers, Design Build Maintain Agreement and Technical Provisions.  ADOT issued the Request for Qualifications in October 2014, and a shortlist of potential bidders was announced in March 2015. Construction is ongoing.

Metro Gold Line Foothill Extension Construction Authority.  Real Estate Counsel to this public agency on all aspects of the $1.6 billion project that will extend light rail service from Pasadena to Montclair.  Advising on real property transactions and matters, including acquisitions, dispositions, easements and title issues.

San Bernardino Associated Governments (SANBAG).  Represented SANBAG in connection with the transactional and title-related components associated with right-of-way acquisition/eminent domain services for portions of 150+ properties for the sbX E-Street Corridor Bus Rapid Transit Project, a 15.7-mile bus rapid transit line designed to shape the future of public transit in the Inland Empire area of Southern California.  Work included preparation and negotiation of purchase agreements, easements and licenses, as well as review and analysis of title matters and legal descriptions, title documents and surveys.

Exposition Metro Line Construction Authority (Expo).  Assisted in the representation of Expo in connection with transactional matters related to the construction of a light rail line that will eventually extend from downtown Los Angeles to Santa Monica.  Transactional documents include agreements and memoranda of understanding with other public or quasi-public agencies, including the City of Los Angeles, the City of Santa Monica, Caltrans and Southern California Edison, as well as leases, easements and shared cost arrangements with private land owners.