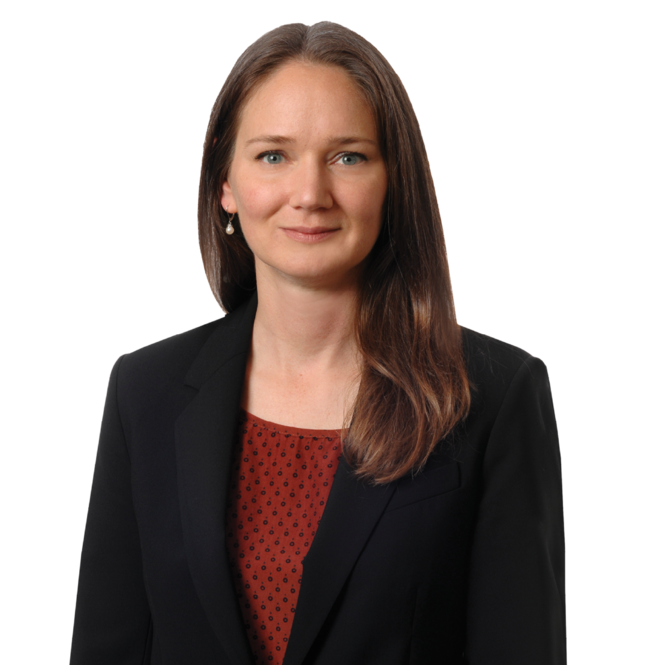 Ilse Scott focuses her practice on complex litigation and intellectual property matters that involve trade secrets, trademark, copyright, unfair competition, contractual disputes and business torts. With over fifteen years of litigation experience, she advises and litigates on behalf of clients to protect their intellectual property rights and defend their interests in high-stakes litigation. She has significant experience prosecuting and defending complaints involving trade secrets, copyrights and trademarks, including proceedings before the Trademark Trial and Appeal Board and representation before the International Trade Commission.

Ilse has a proven track record representing both plaintiffs and defendants in bet-the-company litigation. She has successfully obtained early resolution of pivotal claims through dismissal and summary judgment and has procured favorable settlements and judgments for her clients. She has considerable experience handling online content management issues, including developing holistic strategies to effectively respond to defamatory and/or infringing content posted on social media and other third-party websites. In addition, Ilse is proficient in music copyright and licensing issues, including those that frequently arise in the hospitality industry, such as public performance licensing requirements and exemptions. She routinely litigates matters in the federal and state courts of California and has also appeared in federal courts in other states across the country. She also routinely represents clients in arbitration and mediation proceedings.

Negligence and Public/Private Nuisance. Represented the Santa Clarita Valley Water Agency in a three-week federal jury trial, in which the Agency prevailed on its claims of negligence, public nuisance and private nuisance. The Agency succeeded in obtaining a jury verdict of more than $67 million for damages arising out of the subsurface intrusion of perchlorate and VOC contamination into the Agency’s drinking-water wells.

Trade Secret Misappropriation; Patent Infringement; Trademark Infringement. Represented the designer and manufacturer of a unique medical device in trade secret misappropriation, patent infringement and trademark infringement litigation against a competitor. The competitor was using information it had misappropriated from the plaintiff and was also deliberately confusing consumers in an effort to increase the competitor’s market share and dilute the plaintiff’s brand. The matter included multistate litigation and proceedings before the International Trade Commission. The client received a very favorable result at the end of the proceedings, with the competitor’s manufacture and sale of the competing devices shut down.

Trade Secret Misappropriation; Breach of Contract. Successfully defended the City of Oakland in a federal lawsuit filed by the City’s former business tax software provider, including claims asserted under the federal Defend Trade Secrets Act of 2016 (“DTSA”) and the California Uniform Trade Secrets Act, as well as related contractual and business tort claims. The case was resolved in the City’s favor by summary judgment and the court further awarded attorney’s fees and costs to the defense.

Breach of Contract Defense. A Californian publisher and distributor of entertainment software games was sued in Florida for breach of contract. Ilse filed a motion to dismiss the lawsuit for lack of jurisdiction. With the pending threat of dismissal, Ilse was able to settle the case favorably for the client in an early mediation.

Copyright Infringement. Defended a claim of copyright infringement and related state-law claims. Plaintiff was a competitor of the defendant and alleged that certain content on the client’s business website had been copied from the plaintiff’s copyrighted website. After early successes in defense motion practice, the case was ultimately dismissed.

Breach of Contract. Successfully defended a major computer hardware manufacturer against breach of contract allegations with consequential damages exceeding $45 million, including attorneys’ fees, arising out of a multi-million dollar transaction in San Jose, California, in a six-week binding arbitration before JAMS.

Trademark Infringement. Defended a trademark infringement case brought by a furniture designer against a competitor. Although the defendant held federally-registered trademarks, the plaintiff alleged it had recently obtained an assignment of unregistered common-law trademarks developed through prior use. The plaintiff filed suit shortly after the assignment, following a long period of inactivity by the assignor. Defendant responded by asserting that the claims were barred by laches, among other defenses and the case was resolved with a very favorable settlement for the client.

Trade Secret Claims. Represented a major social gaming company as a plaintiff in litigation against its competitor, including claims of trade secret misappropriation and employee raiding. Former employees had left the plaintiff’s company carrying designs for a new game that was yet to be released, threatening to be the first to bring the game to the market. It was critical that the plaintiff obtain a preliminary injunction to prevent the defendant from releasing the game first, thereby irreparably harming the plaintiff’s business. The court granted the preliminary injunction, which paved the way for prompt resolution of the dispute.

Trademark Infringement. Defended parallel cases brought in Texas state court and federal court in California. The plaintiff held a federally-registered trademark, but defendant had developed common-law trademark rights through prior use. Ilse brought a motion for summary judgment that threatened to eviscerate the plaintiff’s claims, which paved the way for settlement.