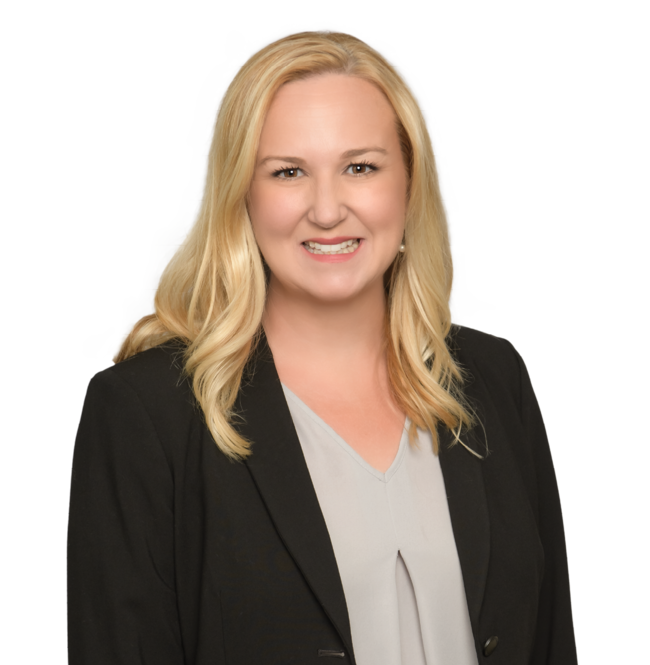 Jennifer Meeker serves as Co-Chair of Nossaman’s Insurance Recovery Group and is a member of the firm’s Litigation Department.  She litigates a variety of complex disputes, with a particular focus on representing her clients in commercial litigation in state and Federal court.  Jennifer partners with her clients to understand their business objectives and key concerns.  She utilizes this insight to develop tailored strategies to resolve disputes both inside and outside the courtroom.

Jennifer also is a key member of Nossaman’s appellate group.  She has experience in all stages of the appellate process in California and the Ninth Circuit.  She handles appeals behalf of both public and private clients.  Her experience includes cases involving land use/coastal commission, trade secrets, real estate & landlord/tenant, water rights, eminent domain, insurance coverage, trust litigation, the Federal and California False Claims Act, attorney’s fees under the Attorney General statute, and construction disputes.  Jennifer takes a long-term view, utilizing her experience in the courtroom.  This approach enables her to partner with trial counsel and clients early on to best position a case on appeal, should that become necessary.

Jennifer is active in the legal community.  She serves on the Board of Governors of the Association of Business Trial Lawyers (ABTL), Los Angeles Chapter.  In this capacity, she is serving as co-chair of ABTL’s 2019 Annual Seminar.  She also serves as Vice-Chair of the Insurance Coverage Litigation General Committee & Self Insurance and Risk Management Committee of the American Bar Association’s Tort & Trial Insurance Practice Section.

Dedicated to her community, Jennifer serves on the Board of Directors for the Boys and Girls Club of Long Beach.

Federal Deposit Insurance Corporation – FDIC v. Van Dellen, et al.  (United States District Court, Central District of California)  Represented the FDIC in successful prosecution of breach of fiduciary duty and negligence claims against former officers of the failed IndyMac Bank.  Claims arose out of the approval of multi-million dollar acquisition, development and construction loans to regional and national homebuilders.  On December 7, 2012, after less than five hours of jury deliberations, the trial brought the FDIC a unanimous jury verdict on all of its $169 million in claimed damages.

Public Storage v. Sprint Corporation, et al.  (United States District Court, Central District of California)  Represented the Sprint and Nextel defendants in a federal court action for breach of contract brought by Public Storage, who  challenged the validity of 11 site lease terminations by Sprint that were tied to its nationwide shutdown of an obsolete iDEN network in favor of a 4G LTE network using CDMA technology.  Defendants prevailed on summary judgment after the District Court adopted their interpretation of a clause in the Master Lease Agreement that permitted termination when the lessee determined that a premises was no longer appropriate for its operations due to technological reasons.  Defendant Sprint Corporation was also dismissed from the case under Rule 12(b)(2) for lack of personal jurisdiction.

Fudge v. California Coastal Commission (California Court of Appeal, Second Appellate District)  Represented Real Party in Interest developer of a resort located in the Laguna Beach in an appeal of the denial of a writ of mandate brought by a local resident.  The issues on appeal involved procedural issues over whether the Coastal Commission’s public hearing over the development violated Appellant’s right to due process, whether the court correctly ruled on evidentiary issues including the admission of extra-record evidence, and claimed error relating to the sustaining of demurrers to Appellant’s writ petition.  Appeal affirmed in client’s favor. California Supreme Court denied review.

In re the Matter of: Frank P. Anderson Trust FBO William Anderson Rose established under the Last Will and Testament of Frank P. Anderson (Sixth Appellate District, Case No. H043750)  Represented respondent and successfully obtained dismissal of appellant’s appeal before the commencement of briefing.  Costs awarded in favor of client.

Pierce v. The Center for Learning Unlimited (Los Angeles Superior Court Appellate Division)  Represented respondent in two appeals involving the denial of appellant’s request for discovery sanctions.  One appeal was dismissed as moot and the other was affirmed in client’s favor.

Federal Deposit Insurance Corporation - XL Specialty Ins. et al. v. Perry et al. (United States District Court, Central District of California/Ninth Circuit Court of Appeals)  Represented the FDIC in the insurance recovery action related to the settlements and verdicts arising out of the FDIC's claims against the directors and officers of IndyMac Bank.  The primary dispute involved the interpretation and application of an interrelated wrongful acts exclusion in Directors and Officers policies (D&O) that the insurers alleged barred coverage for numerous lawsuits and settlements from a second insurance tower.

Oak Crest Institute of Science.  Managed invoice/claim submission under D&O policy to insurer on behalf of non-profit client and resolved billing disputes with insurer without the need for litigation.  Counseled client on coverage needs and assisted in procurement of comprehensive insurance portfolio for the client.

Al Bahr Shrine Chariot Fire First-Party Insurance Recovery Counseling.  Represented a national fraternal organization in coverage and valuation issues relating to the destruction and rebuild of a 100-year-old camp located in Mt. Laguna, San Diego County, that had been engulfed by a wildfire resulting in a 7-figure recovery for client - without the need for litigation.