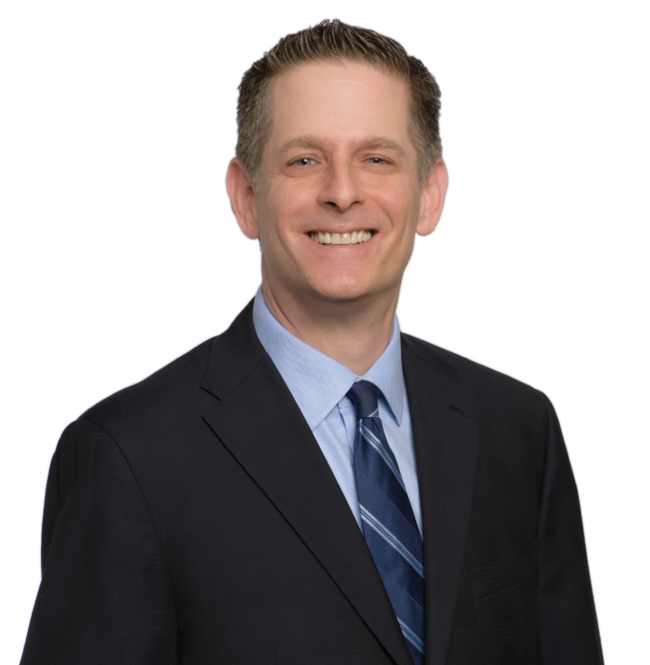 A nationally recognized leader in the field of public-private partnerships (P3s), Corey Boock offers clients more than 25 years’ experience in structuring, procuring, financing and negotiating cutting-edge deals in the transportation industry, as well as the social infrastructure, water/wastewater and solid waste sectors.

Largely because of his leadership role in the financial close of the precedent-setting $1.18 billion East End Crossing project (now known as Lewis and Clark Bridge), Law360 profiled Corey as a Project Finance MVP in 2013. The East End Crossing project and financing included the largest issue of Private Activity Bonds (PABs) for a U.S. P3 transportation deal and was the first bridge availability payment concession transaction in the country.

In the social infrastructure and water infrastructure realms, Corey is at the forefront of applying proven P3 models to develop governmental facilities projects such as street lighting, courthouses and prisons as well as water and wastewater treatment facilities.

County of Sonoma – Government Center Project. Leader of the legal team advising the County of Sonoma on the AP/DBFOM procurement of a new government center that would consolidate County operations and potentially include an affordable housing component. The project will allow the County to eliminate significant deferred maintenance of its existing facilities and reduce costly off-site leases currently necessary to house its departments. The procurement is anticipated to commence 2022. Services include assistance in developing the structure of the procurement, site selection input and, once the procurement commences, drafting the solicitation and contract documents and helping the County administer the procurement through selection, commercial close and financial close.

Michigan Department of Transportation – I-75 Modernization Project (Segment 3) P3. Leader of the legal team advising on an availability payment P3 concession for the widening and reconstruction of a portion of Interstate 75 in the Detroit area. The $600mm capital cost project is the first major upgrade done on the highway since its construction in the 1960s. The project adds a lane in each direction and includes construction of a major underground stormwater tunnel. Corey assisted MDOT with the structuring of the procurement, the drafting and negotiation of procurement and contract documents and the development of the evaluation and selection process.

Michigan Department of Transportation – Street Lighting P3 Project. Co-leader of the legal team advising on an approximately $125 million availability payment P3 concession project – the first transportation P3 in Michigan and the first freeway lighting P3 in the U.S. The award-winning project replaced approximately 15,000 new lights across bridges, tunnels and roadway in the Detroit region. Corey assisted the agency in developing the commercial structure of the concession agreement and negotiating the agreement with the preferred proposer. He also led the Nossaman team supporting the transaction’s successful financial close.

Indiana Finance Authority/Indiana Department of Transportation – P3 and Design-Build Program. Leader of the legal team advising the Authority on availability payment projects within its innovative P3 and design-build infrastructure program. Indiana has established itself as a national leader in leveraging private-sector capital and innovation to finance, construct and maintain major transportation infrastructure projects.

North Carolina Department of Transportation – I-77 Managed Lanes Project. Co-leader of the legal team that advised on the procurement of a $600 million highway improvement project, which was the state’s first toll concession and included TIFIA financing. The project is the first hybrid toll concession model to structure a credit support vehicle for lenders in conjunction with a traditional toll revenue risk concession. Corey assisted with structuring, development, procurement and administration of the P3, including drafting and negotiation of procurement and contract documents. The project is currently in operation.

San Bernardino County Transportation Authority – I-10 Corridor Contract 1. Leader of the legal team advising on development and procurement of a design-build project to add tolled express lanes along a portion of the heavily traveled I-10 in San Bernardino County. The $600 million upgrade will feature 10 miles of managed lanes with two tolled express lanes in each direction. The project used separate procurements for a design-build contractor, launched in December 2016 with the contract awarded in August 2018, and a toll services provider, initiated in January 2017 with the contract awarded in June 2018. Corey’s responsibilities include structuring the procurements, drafting procurement and contract documents, risk analysis, advising on federal and state requirements, developing cooperative agreements with local and state entities and contract administration.

Nevada Department of Transportation. Leader of the legal team that helped coordinate major programmatic and project work for NDOT under NDOT’s alternative delivery authority. Services include development of programmatic guidelines and manuals, counseling on legislative amendments, initial project screening and feasibility assessments and implementation of procurements for projects that prove feasible. Project and programmatic work includes:

Riverside County Transportation Commission (RCTC) I-15/SR-91 Express Lanes Connector. Leader of the legal team advising on the development and procurement of a $165 million project to add an express lanes connector along a portion of the I-15 to allow for a seamless transition for motorists, reduce congestion, enhance safety and increase travel time reliability.

Riverside County Transportation Commission – I-15 HOT Lanes. Leader of the legal team that advised on development, procurement and financing of a project to add tolled express lanes along a portion of the heavily traveled I-15 in Riverside County. The $425 million-$450 million upgrade will feature 15 miles of managed lanes in the median in each direction from Cajalco Road north to SR-60. The project involved separate procurements for a toll services provider, initiated in December 2015 and awarded in 2017, and a design-build contractor, launched in January 2016 and awarded in 2017. It is currently under construction. Corey’s responsibilities include structuring the procurements, drafting procurement and contract documents, risk analysis, advising on federal and state requirements and developing cooperative agreements with local and state entities.

Riverside County Transportation Commission (RCTC) – SR 91 Express Lanes. Leader of the legal team that advised on the development, procurement and financing (including a TIFIA loan) of a $1.3 billion project to add four high-occupancy toll lanes through some of the heaviest traffic in Southern California. The project was RCTC’s first design-build project and opened in 2017. Corey assisted with a broad array of issues including structuring the procurement, drafting procurement and contract documents, risk analysis, advising on federal and state requirements, developing cooperative agreements with local and state entities.

City of Indianapolis – Marion County Justice Center. Leader of the legal team that advised on all aspects of an innovative availability payment P3 project to consolidate the city’s criminal justice functions into a single efficient center. The plan, one of the first of its kind for a justice complex, called for $500 million of up-front design, construction and financing costs to shift to a private partner responsible for operating, maintaining and upgrading the facility for 35 years. The 1.2 million-square-foot facility combined a new adult detention center with a community corrections facility, courthouse, sheriff’s department offices and new surface parking. The city released an RFP to three shortlisted teams in June 2014 and selected a preferred bidder in December 2014. After successfully completing negotiations with the bidder, the mayor and city staff recommended awarding the project and advancing with commercial and financial close. The city council, however, decided not to move forward with the complex and cancelled the procurement after receiving three compliant bids.

Arizona Department of Transportation – Phoenix Metropolitan Area Freeway Lighting Project. Leader of the legal team that advised on the development, procurement and financing of an availability payment DBFOM project to upgrade more than 19,000 luminaires from high-pressure sodium to LED technology covering approximately 300 miles of controlled access highway throughout the greater Phoenix area. The project contemplated an anticipated two-year construction/installation period and a 15-20-year term for performance-based operations and maintenance.

Partnerships British Columbia/British Columbia Ministry of Transportation – Sea-to-Sky Highway. Key advisor on a project to rebuild a 62-mile scenic highway connecting Vancouver and Whistler Ski Resort for the 2010 Winter Olympics. We assisted with the successful procurement of a CAD $600 million contract awarded to a Macquarie/Kiewit/Hatch Mott MacDonald consortium, thus utilizing the Province’s first proposer consultation process Nossaman developed. The concessionaire completed the project ahead of schedule in 2009, within budget and without material claims. Corey’s role also included advising on the procurement process, concession agreement and risk allocation.

Veolia Water (formerly known as U.S. Filter) – Water/Wastewater Projects. For more than 15 years, has served as West Coast regional counsel to this international design-build contractor and operations and maintenance service provider of water and wastewater services in connection with industrial projects and municipal privatizations of water and wastewater treatment facilities. Projects have included operations and maintenance agreements, design-build agreements and DBOM agreements. Corey’s responsibilities have included preparing and drafting the legal portions of this client’s RFP submissions, structuring all legal aspects of the transactions, drafting and negotiating the major project agreements, and helping to structure financing for the projects.

County of San Diego – Solid Waste System Divestiture. Primary attorney that served as primary legal advisor for the county in a $180 million divestiture of its solid waste system and assets, including multiple landfills and a transfer station. The transaction, the largest municipal divestiture of solid waste assets in the U.S at the time, was the first successful privatization of publicly owned landfill assets in California in many years. Corey structured and implemented the procurement process. He served as lead drafter and negotiator for the county on all aspects of the transaction, coordinated all due diligence, and closed the multi-property escrow as scheduled.

The Newhall Land and Farming Company – Chiquita Canyon Landfill. Advisor in connection with the sale of the Chiquita Canyon Landfill, one of the largest facilities of its type in Los Angeles County. Corey drafted and negotiated all transaction documents and coordinated closing of the sale, including the procurement of environmental insurance and permitting issues. He also drafted and negotiated a landfill operating agreement with a third-party operator that was ultimately not implemented due to a litigation settlement and the resulting sale of the landfill.

County of Sonoma – Solid Waste System Divestiture. Primary attorney that advised the County in connection with divestiture of its solid waste system. The transaction included the Central Landfill and five transfer stations. Our services included coordinating all due diligence, helping develop and implement the county’s procurement process, drafting and negotiating all procurement and contract documents and coordinating activities of County financial advisors. Corey coordinated all due diligence, helped develop and implement the county’s procurement process, and coordinated the activities of county financial advisors. He prepared all procurement documents and drafted and negotiated the purchase and long-term disposal agreement with the selected proposer. A final agreement was brought to the Board for consideration, with three of the five supervisors voting in favor of the transaction.