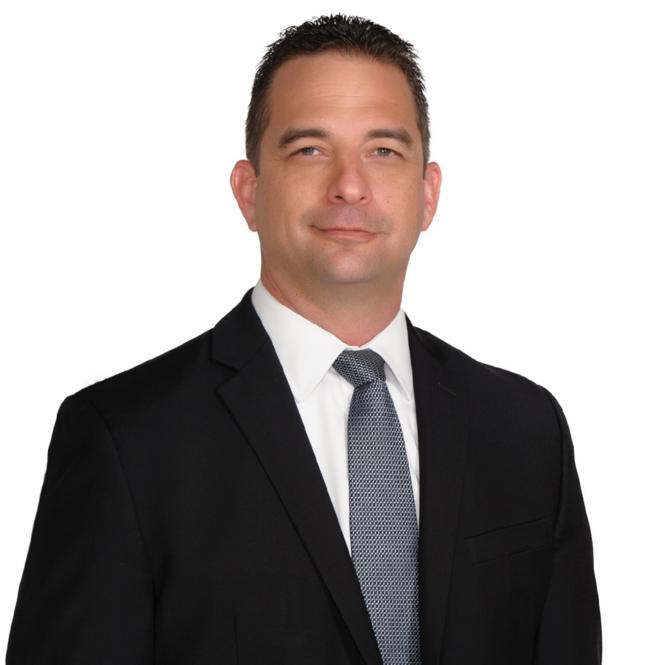 Chris Hughes is a litigator with extensive experience defending or pursuing fraudulent transfers and preferential payments.  In addition, he counsels clients on numerous claims, including securities fraud, embezzlement, Ponzi schemes, contract disputes and challenges to corporate formations and retirement plans.  His past cases have involved businesses in the hospitality, entertainment, healthcare, construction, agriculture, telecommunications and technology industries.

Chris’ current practice focuses on representing bankruptcy trustees and creditors in a wide range of bankruptcy and commercial litigation matters.  His experience includes objections to claims, assumption or rejection of executory contracts and leases, objections to exemptions and denials of discharge.  He also addresses objections to the dischargeability of debts, lien priority disputes and relief from the automatic stay.  He has handled numerous cases before the bankruptcy court, obtaining favorable settlements or, when necessary, favorable rulings upon the conclusion of litigation.

Prior to joining Nossaman, Chris practiced bankruptcy litigation at a boutique law firm in the Sacramento area.

In re: Dunmore Homes, Inc. – Represented liquidating trustee through final liquidation of the assets of a large residential construction company after confirmation of the Chapter 11 plan.  Chris filed objections to more than 150 claims, helping to reduce the total amount of claims from hundreds of millions of dollars to less than $100 million, and ensuring a larger pro rata distribution to creditors with allowed claims.  He also provided litigation and non-litigation services to Chapter 7 Trustee through the wind-down of the company’s successor-in-interest in another bankruptcy case, In re: DHI Development, Inc.

In re: Vincent Thakur Singh, et al. – Represented Chapter 7 Trustee in the case of a Ponzi scheme perpetrator who was convicted and sentenced to approximately 15 years.  Chris pursued and collected millions of dollars in fraudulent transfers paid to investors of the Ponzi scheme.  He provided general counsel services related to the sale of significant assets including real properties and the rights to a movie made in New Zealand.

In re: Ajava Systems, Inc. – On behalf of petitioning creditors, successfully obtained an order for relief against a food manufacturing plant that was generating more than $20 million in annual sales prior to the involuntary bankruptcy filing.

In re: TSAR – Represented Chapter 7 Trustee through wind-down of a donation based non-profit company that provided grants to families with children who have mental disabilities.  Chris collected hundreds of thousands of dollars in annuities and charitable bequests for the Estate, and he investigated potential claims against former directors for allegations related to misappropriated funds.  He also objected to a $4.2 million claim of a former employee alleging racial discrimination and obtained a settlement that did not involve Estate funds.

In re: Connect 2 Wireless, Inc. – Provided general counsel services to Chapter 7 Trustee through the wind-down of a cellular tower construction company and collected several hundred thousand dollars for the Estate after pursuing claims against a dozen global telecommunication companies.

In re: Beebe Diversified, L.P. – As counsel for the unsecured creditor’s committee, successfully petitioned the court for conversion of a Chapter 11 case to a Chapter 7 case, so the Debtor’s assets could be liquidated for the benefit of unsecured creditors.

In re: Imperial Pools, Inc., dba Aquarius Pools, Inc. – On behalf of a Chapter 7 Trustee, pursued actions against owners of a pool company who allegedly failed to properly supervise embezzling managers and obtained a half million-dollar settlement.  Chris pursued fraudulent transfer actions to collect money improperly paid out by the Debtor to various companies to fund the managers’ lifestyle.  He also represented the Chapter 7 Trustee as creditor in non-dischargeability action for claims against the managers who embezzled nearly $1 million from the Debtor.  Chris collaborated with the District Attorney through the restitution hearing and obtained a stipulated non-dischargeable judgment against the managers.

In re: Peterson and Erb, Inc. dba Comptech – After an involuntary Chapter 7 petition was filed by a disgruntled former CEO, represented the Chapter 7 Trustee in the wind-down of a company that built race car engines.  Chris successfully pursued an action for fraud against the attorneys who filed the involuntary petition.  He brought an action against the former CEO based on allegations he caused the demise of the company, resulting in a global settlement among all of the largest creditors.

In re: Valerie Sue Vanhorn and Danny Paul Vanhorn – Represented a Chapter 7 Trustee in the sale of a 12,000-acre ranch and helped to negotiate the settlement of several multi-million dollar claims asserted by creditors, including the USDA and an overly aggressive creditor, which resulted in all creditors being paid in full on their allowed claims and a surplus for the bankruptcy Estate.

In re: James A. Tillman – Obtained more than $700,000 in stipulated non-dischargeable judgments on behalf of several parishioners who alleged they were fraudulently convinced by their pastor to invest in a real estate scheme.