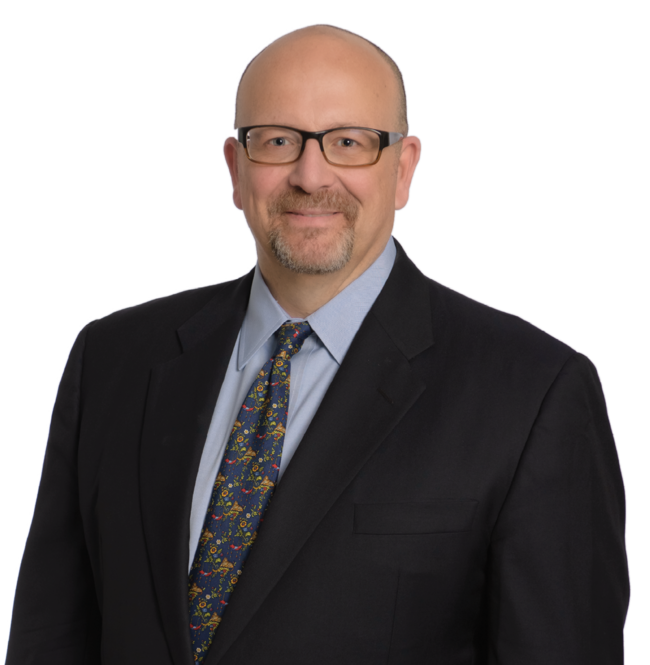 In helping lay the foundation for some of the largest transportation projects in the U.S., Evan provides clients extra depth through his extensive construction expertise. He holds a certificate in Construction Management in addition to his law degree, and represented owners, contractors and subcontractors in public and private building projects during his career. Before joining Nossaman, he worked at several well-respected construction litigation firms.

Evan is also very active in the Design-Build Institute of America, having chaired the Legal and Legislative Committee, and co-chaired several of the group’s transportation conferences and teaching courses on contracts and risk management.

California High-Speed Rail Authority. Key member of the legal team advising on key elements of the high-speed train system connecting the state’s major urban centers. Among many assignments, we advise on the procurement of track and systems using a performance-based design-build-maintain method and administration of the design-build civil contracts. We also helped draft procurement and contract documents and oversaw the award of a nearly $1 billion design-build contract for the first section. We also assisted organizational conflicts of interest and federal and state environmental permitting.

State of California Legislature – State Capitol Building Annex. Leader of the legal team advising the Joint Rules Committee of the State of California, through the Legislative Counsel’s Bureau, with respect to two significant State Capitol Building projects. One project is the demolition and replacement of the Capitol’s 66-year-old Annex. The project is a $500 million undertaking and is being delivered through a construction manager at risk contract. The new Annex will bring modern design features, better accessibility, more efficient energy use, and increased safety to the Capitol. Our services include drafting the procurement and contract documents for both the architect and the construction manager at risk. We are also advising on a new Visitors/Welcome Center to be added to the West Wing of the Capitol. That project will create an enclosed underground queuing and events areas, security screening points and a visitor center with two exhibit halls, an orientation room, a docents lounge, and office space. The $40 million project is being delivered through a progressive design-build contract. We are drafting the procurement and contract documents for the project.

Orange County Transportation Authority – I-405 Improvement Project. Key member of the legal team engaged to advise on a project to add a general purpose lane and an express toll lane in each direction, as well as the conversion of an existing HOV lane in each direction, between SR 73 and I-605 in Orange County, California. The project, the largest highway upgrade in Southern California, will relieve pressure on one of the state’s most congested corridors. In November 2016, the Authority awarded a $1.2 billion design-build contract to a consortium led by OHL USA Inc. and Astaldi Construction Corp. Construction on the project, estimated to cost $1.9 billion overall, began in 2018. Evan’s role includes coordinating the legal and technical aspects of the procurement and contract documents.

Indiana Finance Authority – I-69 Major Moves 2020 Expansion Project. Key member of the legal team that advised on the state’s first best value design-build project to upgrade sections of the I-69 in Hamilton and Madison counties. The $85 million project involves adding a third travel lane northbound and southbound, a southbound auxiliary lane, interchange improvements, bridge widening and structural enhancements. Evan served as the project manager for the legal team, assisting with structuring the procurement, preparing the procurement and contract documents, coordinating the legal and technical aspects of the documents and facilitating the procurement process and evaluations.

San Bernardino County Transportation Authority – I-10 Corridor Contract 1. Key member of the legal team advising on the development and procurement of a design-build project to add toll express lanes along the I-10. The $600 million upgrade will feature 10 miles of managed lanes with two tolled express lanes in each direction. Evan’s responsibilities include structuring the procurements, drafting the design-build procurement and contract documents, risk analysis, advising on federal and state requirements, facilitating proposal evaluations and administering the contracts.

Texas Department of Transportation – I-35E Managed Lanes. Leader of the legal team that advised on the 2012 procurement of a project to relieve traffic congestion along a 28-mile interstate corridor in Dallas and Denton counties. Nossaman helped negotiate a $1.4 billion DBM contract with an Archer Western/Granite/LANE Construction Company joint venture. The project includes managed and general-purpose lanes, bridges and collector-distributor roads. Evan advised the agency on the procurement and commercial structure of the transaction, led the drafting of the procurement and contract documents and facilitated the procurement and evaluations.

Indiana Finance Authority – East End Crossing (Lewis and Clark Bridge). Key member of the legal team that advised on the first bridge procured via an availability payment public-private partnership transaction in the U.S. The 8.5-mile Lewis and Clark Bridge, is a key piece of the $2.3 billion Ohio River Bridges Project, which provides safer, more reliable travel between Kentucky and Indiana. The project opened in December 2016 and won more than a dozen industry awards.

Indiana Department of Transportation – Sherman Minton Corridor Project. Key member of the legal team that advised on a $100 million design-build project that involves rehabilitating the I-64 Sherman Minton Bridge, as well as the associated Indiana and Kentucky approach bridges. The long-term repairs, along with normal preventive maintenance, will add up to 30 years of service life to the bridge. An RFQ was issued in December 2019, an RFP in June 2020 and the DB contract was awarded in March 2021. Evan’s responsibilities included structuring the procurement, drafting the design-build procurement and contract documents, risk analysis, advising on federal and state requirements, and facilitating proposal evaluations and commercial close.

Santa Clara Valley Transportation Authority – BART Silicon Valley Berryessa Extension. Key member of the legal team serving as special design-build counsel on the first phase of a $2.3 billion Bay Area Rapid Transit system extension into the Silicon Valley. The project includes 10.2 miles of heavy rail infrastructure and two stations. Evan assisted in structuring the design-build procurement and drafting the procurement and contract documents for a $722 million 2011 agreement with a Skanska/Shimmick/Herzog joint venture. The team also assisted VTA in contract administration and negotiation of arrangements for BART to provide train cars as well as operations and maintenance services for the new line. The rail infrastructure project opened in June 2020.

California Department of Transportation – Presidio Parkway. Key member of the legal team that advised on a $1.1 billion project to rebuild a spectacular natural gateway linking the Golden Gate Bridge with the City of San Francisco. The parkway, which traverses an environmentally sensitive national park and a national historic landmark district, was the first procurement under California’s P3 law and the third highway improvement developed under an availability payment P3 in the U.S.. Financing for the project, awarded to a Hochtief/Meridiam joint venture, included $45.6 million in equity, $166.6 million in senior bank loans and a $150 million TIFIA loan. Evan focused his efforts on the procurement side of the transaction, managing the process through selection of a preferred proposer.

Utah Department of Transportation – I-15 CORE. Key member of the legal team that advised on procurement of an award-winning $1.1 billion design-build project to alleviate severe traffic in the Salt Lake City area. The project added two travel lanes in each direction, and rebuilt or replaced 63 bridges and 10 freeway interchanges. Construction on the project began in April 2010 and ended in December 2012, two years ahead of schedule.

San Francisco Bay Area Water Emergency Transportation Authority – Water Transportation System. Key member of the legal team that served as general counsel to this statutory regional water transit authority tasked with coordinating publicly operated ferry services. Nossaman’s work included negotiating agreements between the agency and public operators of ferry services that led to the transfer of vessels, facilities and equipment to WETA. The Firm also negotiated and drafted procurement documents for the construction of new ferry vessels and the first new ferry terminal in the Bay Area in more than 50 years. Evan was actively involved in procurement and contracting for the ferries and facilities.

Bernalillo County, New Mexico – Public Safety Training Academy Project. Member of the legal team that advised on the procurement of a developer to design, develop, construct and maintain a new Public Safety Training Academy. Combined, the academy is estimated to be 37,500 square feet, with an additional 3,200 square foot apparatus bay and a five-story fire-training tower. The majority of project costs for the roughly $50 million project are to be repaid by the County through rent payments over the course of a 30-year lease of the new facility.