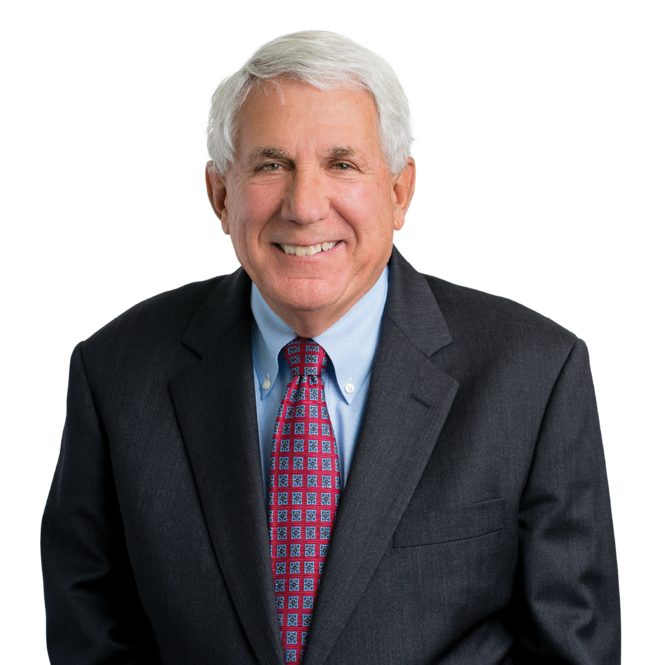 Bob Adler has four decades experience as a litigator, specializing in complex litigation and white collar defense.  He has tried numerous cases in federal courts and has represented clients in arbitration and mediation proceedings.  Bob also has represented clients in a wide array of civil and white-collar criminal litigation matters, including tax fraud, money laundering, embargo violations, and cases involving complex structured transactions.  He specializes in representing clients involved in federal tax controversies.

Prior to joining Nossaman, Bob served in the Criminal Tax Section of the Tax Division of the U.S. Justice Department and later as a civil trial attorney in that Division.  He was also an adjunct professor at Georgetown University Law School where he taught a number of courses including a course in the master's degree program in taxation.  More recently, Bob has co-taught an intensive seminar for third year law students in cross-border litigation at the Schulich School of Law, Dalhousie University, in Halifax, Nova Scotia.

Tax litigation. Has served as lead counsel for the Estate of Joseph Wilson, in the District Court and the Court of Appeals in tax litigation involving the applicable penalties for the failure to timely report distributions from a foreign trust.

United States v. Arsalan Shemirani. Represented the Defendant on charges of conspiring to illegally export electronic components from the United States to Iran.

Parmalat related litigation.  Assisted in the representation of a former Bank of America (Milan office) employee in in the defense of criminal charges brought in Milan, Italy related to the Parmalat bankruptcy. The client was acquitted.  Assists in the defense of new criminal charges related to the Parmalat bankruptcy brought in Parma, Italy.  Assisted in the defense of money laundering charges filed in Switzerland against the same client and the successful argument that the statute of limitations had expired.

United States v. Tyson Foods, et al.  Successfully defended Gerald Lankford, a former director of human resources at Tyson Foods, in a seven-week criminal trial brought against Tyson Foods and a number of its employees for allegedly hiring workers known to be undocumented immigrants. The National Law Journal named the acquittal the biggest defense win of the year.

Smithsonian Institution. Served as lead counsel for the Smithsonian in dealing with numerous issues arising from the indictment of its scientist charged with participating in a Smithsonian sponsored hunting trip to China where animals, protected by the Endangered Species Act, were killed.

National Railroad Passenger Corporation (Amtrak) v. American Pipe Lining, Inc., et al.  Served as lead counsel for American Pipe Lining in a large breach of contract action and warranty action filed by Amtrak in the U.S. District Court for the District of Columbia. The lawsuit had a favorable result for the client. The litigation also resulted in a large settlement for the client with the primary insurance carrier, which had initially refused to defend against the action.

St. Croix Chippewa Indians of Wisconsin.  Served as lead Washington, D.C. counsel for Wisconsin Indian tribe seeking Bureau of Indian Affairs approval for a proposed casino in Beloit, Wisconsin.  Work included all aspects of the project since its inception, including; issues involving local jurisdictions, NEPA matters (preparation of an environmental impact statement) and issues arising out of the National Historic Preservation Act. Previously served as lead counsel for the St. Croix Tribe in its successful opposition to a proposed casino in Hudson, Wisconsin.

He provides tribal governments with an ideal combination of prominent lawyers and policy advisors.  Bob and his team design legal strategies, assert and defend tribal rights, and formulate public policy recommendations that make it possible for our tribal clients to accomplish their tribal business, legal, and political goals.

Our Native American Indian Affairs practice draws upon the collective knowledge and experience of our lawyers and policy advisors dedicated to the unique needs of tribal governments on issues of: