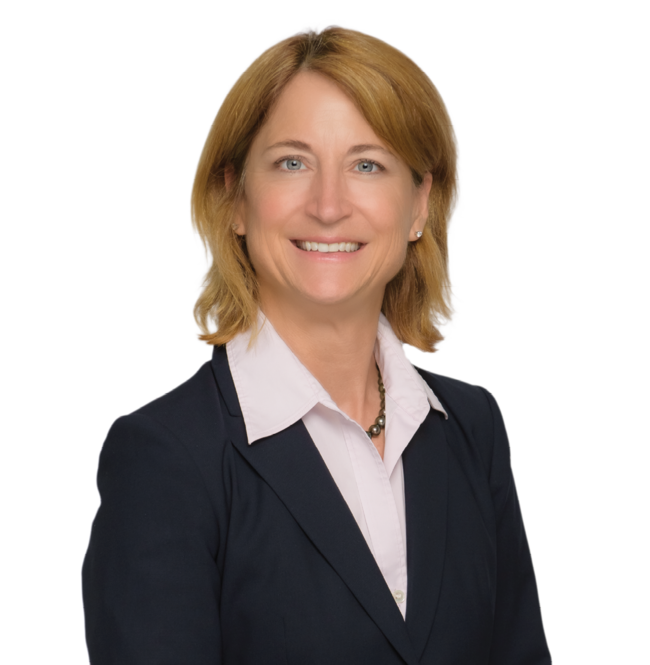 Karla MacCary has more than 25 years of experience in real estate transactional and financing matters, and serves as Co-Chair of Nossaman's Real Estate Group.  She represents investors and developers in the acquisition and disposition of such projects as office buildings, hotels, condominiums, industrial properties, retail centers, mitigation properties, multi-family, and undeveloped land, and she represents governmental agencies in the acquisition and leasing of real property for various uses, and in special real estate matters.

Karla represents landlords, tenants and governmental entities in leasing of commercial and industrial properties as well as ground leases.  She also represents borrowers and lenders in loans secured by real property and in equity financing, as well as loan assumptions and defeasances of securitized loans.

555 Montgomery Street. Represented an institutional investor in the acquisition of the East West Bank building in San Francisco. Transaction included a leaseback of several floors to the seller for its headquarters. Represented the buyer in negotiating the purchase and sale agreement, due diligence activities and the leaseback, including signage rights. Property contained a Gold Rush era registered historical building that required protection and preservation.

333 Market Street. Lead counsel for a group of Asian investors in the acquisition of an office building, including obtaining a $206,000,000 loan. Negotiated purchase agreement, performed due diligence and negotiated loan documents. Also represented in the subsequent sale.

Cupertino Gateway. Represented an institutional investor in the acquisition of Cupertino Gateway, which is a campus leased in its entirety to Apple. Also represented the group in lease matters and the subsequent sale.

Downtown Properties. Represented this investor in the acquisition of an airspace lease in the Plaza Las Fuentes in Pasadena and advised the buyer on its financing. Represented the owner of several downtown Los Angeles office buildings in refinancing loans and in defeasing securitized loans.

Los Angeles County Metropolitan Transportation Authority. Represented the agency in the acquisition of an office building that was subject to bankruptcy proceeding for $40,000,000 and the lease back of the property to the current user pending demolition by the agency.

County of Monterey. Represented the County in the acquisition of two office buildings for $36,000,000 for use by the County as administrative offices and the termination of the existing leases.

MSGG. Represented the developers of the Douglas, Rowan and El Dorado Buildings in downtown Los Angeles. Work included negotiating purchase agreements, negotiating and drafting parking easements and covenants and performing due diligence. Such properties were completely renovated and were old buildings in downtown Los Angeles adapted for residential use. Represented the company in negotiating and documenting acquisition, mezzanine and construction loans, including addressing ground lease issues. Represented the developer of the Douglas Building in leasing all of the building’s retail space.

Vaquero Energy. Represented the client in a multimillion dollar acquisition of a one-half working interest in two oil and gas leases in the South Belridge Oilfield in Kern County, one of the largest oil fields in the country including Alaska. Negotiated two loans secured by the oil and gas leases and by partnership interests. Represented the client in multimillion dollar acquisitions and dispositions of oil and gas interests in the Rocky Mountains.

The Pacific Lumber Company. Lead member of the Nossaman real estate team for the sale of the Headwaters Forest to the federal government. This was a unique transaction involving sensitive resources and the need for the seller to retain certain rights in order to continue operations on its retained lands.

Forest Lawn Memorial Park. Represented the company in the procurement and granting of conservation easements to a governmental agency. Negotiated a Restoration Contract and a Restoration Management Agreement for a project to restore sensitive habitat, adapting a construction contract and construction management agreement to meet the unique requirements of this project.

Guaranty Bank. Represented this bank in the foreclosure of several development projects in Southern California.

Uhon, Inc. Represented this Asian investor in obtaining a $24,564,000 loan in the Freddie Mac program secured by a multi-family project in Los Angeles County. Negotiated documents, counseled the client about the Freddie Mac process, provided legal opinion and coordinated with Delaware counsel.

Recognized as one of the “2021 Visionaries” in Commercial Real Estate, Los Angeles Times, 2021

Named a “Notable Practitioner” for Real Estate/Zoning Land Use in California by Chambers USA, 2021