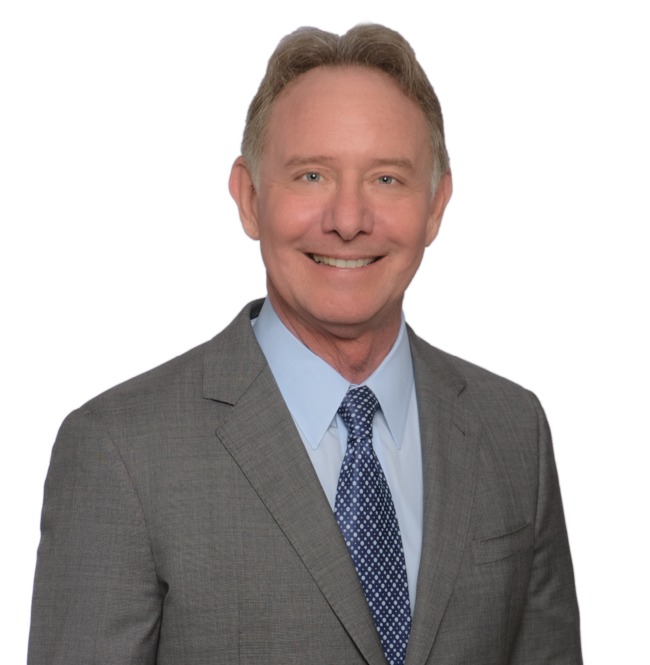 For more than 30 years, clients have relied on Barney Allison for practical and strategic guidance in the public finance and infrastructure fields.

Barney offers public agencies unique expertise with specialized finance issues in infrastructure transactions. These include the use of public and private debt, private equity and federal credit assistance – particularly the Transportation Infrastructure Finance and Innovation Act (TIFIA) and Private Activity Bond (PAB) programs. He helps clients navigate through all elements of public-private partnerships (P3s) and other innovative project delivery methods.

Chambers-rated nationally and globally in the field of P3s, Barney is a nationally recognized bond counsel and has acted as bond, underwriter, disclosure, issuer and special developer counsel for public capital improvement projects payable from a wide range of revenue and funding sources. He has guided a variety of financing transactions for bridges, tunnels, highways and toll roads; transit and commuter rail systems; and government office buildings, parking complexes and criminal justice centers.

Nebraska Department of Transportation – Lincoln South Beltway Project. Leader of the legal team advising NDOT on a proposed 11-mile, 4-lane freeway with five interchanges to be built south of the City of Lincoln connecting regional state highway 2 on the east with US-77 on the west. The approximately $350 million project will reduce congestion and improve safety in the South Lincoln area for regional and interstate traffic. A FONSI was issued for the project under NEPA in March 2018. Barney is advising NDOT in connection with seeking approval for a TIFIA loan as well as drafting procurement and contract documents to facilitate the financing by the contractor for the project. The project won Bond Buyer's P3 Deal of the Year in 2020.

Maryland Transit Administration and Maryland Department of Transportation – Purple Line Light Rail. Key member of the legal team advising on the procurement of Maryland’s first transit P3 project awarded in 2016. After the concessionaire’s design-build contractor left the project in fall of 2020, we advised MTA/MDOT on the negotiation of an amended P3 agreement and resolicitation of a replacement design-build contractor. The $3.4 billion (capital cost), 16.2-mile light rail system will significantly facilitate mobility between the Maryland suburbs and Washington, D.C. The amended project reached financial close in April 2022. Nossaman continues to advise MDOT/MTA in the implementation of the amended P3 agreement. Barney assisted in development of the financing strategy and related contract provisions, including negotiating the agreement with the PABs issuer and formulating the TIFIA common term sheet. He also acted as lead counsel in connection with the project’s financial close.

Indiana Finance Authority – East End Crossing (Lewis and Clark Bridge). Key member of the legal team that advised on the first bridge procured via an availability payment public-private partnership transaction in the U.S. The 8.5-mile Lewis and Clark Bridge, is a key piece of the $2.3 billion Ohio River Bridges Project, which provides safer, more reliable travel between Kentucky and Indiana. The project opened in December 2016 and won more than a dozen industry awards. Barney handled contract drafting and PAB-related matters.

Orange County Transportation Authority – I-405 Improvement Project. Co-leader of the legal team engaged as part of the Authority’s program management team to advise on a project to add a general purpose lane and an express toll lane in each direction, as well as the conversion of an existing HOV lane in each direction, between SR 73 and I-605 in Orange County, California. The project, the largest highway upgrade in Southern California, will relieve pressure on one of the state’s most congested corridors. In November 2016, the Authority awarded a $1.2 billion design-build contract to a consortium led by OHL USA Inc. and Astaldi Construction Corp. Construction on the project, estimated to cost $1.9 billion overall, began in 2018. Barney’s services include drafting and reviewing contract and procurement documents for the project. He also advised the Authority in connection with the application, negotiation and closing of a $647 million TIFIA loan which is repaid from revenue derived from operation of the express lanes. Barney is also advising the Authority in connection with the procurement of a toll systems integrator and back office/customer service center provider.

City of Los Angeles, Los Angeles World Airports – Automated People Mover (APM). Key Member of the legal team advising on a $4.9 billion APM train system to ease access in and out of the Los Angeles International Airport. It will also connect travelers to a light rail, intermodal transportation facility and a rental car center. Now under construction, it is the first APM system procured through an availability payment public-private partnership delivery model and earned several national and international awards.

California Department of Transportation – Presidio Parkway. Leader of the legal team that advised on a $1.1 billion project that rebuilt a natural gateway connecting the Golden Gate Bridge with the City of San Francisco. The parkway was the first procurement under California's public-private partnership (P3) law and the third highway project developed under an availability payment P3 in the U.S. It opened to traffic in July 2015 and captured many honors. Barney advised on the DBFOM procurement and contract documents and assisted in closing the project financing, which included a $150 million TIFIA loan.

San Joaquin Regional Rail Commission – Altamont Commuter Express Commuter Rail Project. Bond and disclosure counsel in connection with financing this 86-mile commuter rail service that connects Stockton with burgeoning job opportunities in the Silicon Valley. In 2011, ACE began construction of a $65 million equipment maintenance and layover facility on the north side of Stockton. A portion of the financing was issued as Economic Recovery Zone Build America Bonds. Barney is currently advising ACE in connection with the refinancing of the certificates of participation that paid for a portion of the project.

Selected to the Southern California Super Lawyers list for 2014-2016