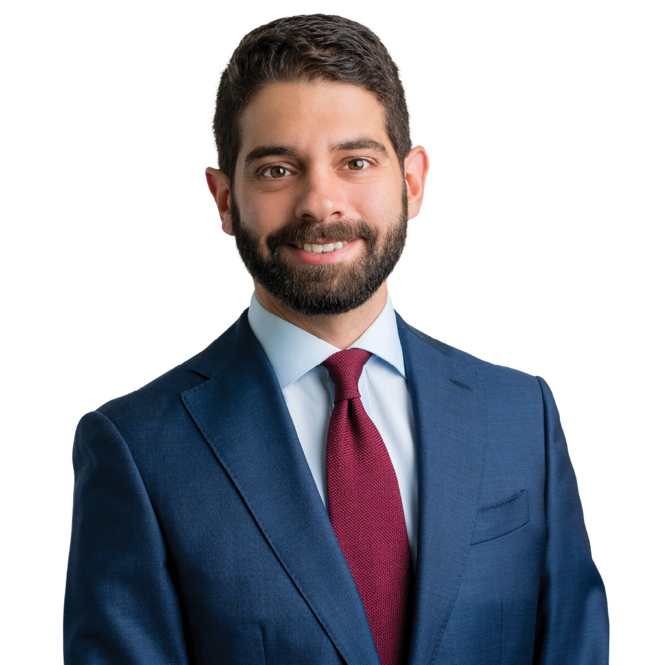 Shant Boyajian advises public agencies on a wide range of innovative methods to procure and deliver the nation’s largest, most complex infrastructure projects. Clients have found tremendous value in his deep experience in public-private partnership (P3) delivery methods, including revenue risk and availability payment models, pre-development agreements, and other forms of alternative delivery, such as construction manager/general contractor and design-build.

He is also one of the nation’s leading experts in the policy issues behind infrastructure strategy, having previously served as Senior Counsel to the U.S. Senate Committee on Environment and Public Works, where he led the development of the Fixing America’s Surface Transportation (FAST) Act, which provided more than $300 billion in funding for surface transportation programs. Prior to his position in the Senate, Shant served as Counsel to the Subcommittee on Highways and Transit for the House Committee on Transportation and Infrastructure, where he helped negotiate and draft the Moving Ahead for Progress in the 21st Century (MAP-21) Act – the surface transportation authorization bill for fiscal years 2013 and 2014.

Earlier in his career, he served as a law clerk to the General Counsel’s Office at the U.S. Department of Energy, and as Legislative Aide to the Vice Chairman of the Loudoun County Board of Supervisors in Loudoun County, Virginia.

Los Angeles County Metropolitan Transportation Authority (LA Metro) – Sepulveda Pass Rail Transit Project. Key member of the legal team engaged to implement Metro’s first application of the Pre-Development Agreement (PDA) delivery method for the approximately $6 billion to $10 billion Sepulveda Pass Transit Project to connect the San Fernando Valley with Los Angeles’ Westside, integrating into the East-West SFV LRT, the Orange Line, the Purple Line and the Expo Line. This is a first-of-its-kind project in two key respects—(1) LA Metro will be contracting with two developers under separate PDAs running in parallel tracks with different technology solutions, and (2) this is the first transit PDA in the nation. Shant’s services include drafting the pre-development agreement, assisting with the procurement and advising on key issues related to commercial close.

Los Angeles County Metropolitan Transportation Authority – Link Union Station Project. Key member of the legal team advising on the agency’s first CM/GC project to convert LA’s Union Station from a “stub-end” to a “run-through” station. The project will increase operational capacity to meet the demands of the regional rail system, and provide full multimodal connectivity between light rail, subway, commuter and intercity rail with local, regional and intercity bus services and shuttle services. The project will proceed in two phases. Phase A will include modifications to platform 4 at Union Station and construction of a viaduct across the 101 freeway to ultimately accommodate 10 run through lines; Phase B will include raising the entire track yard at Union Station to enable 10 run through tracks across the 101 freeway. Shant’s services include leading development of the CM/GC contract and advising on the procurement.

Louisiana Department of Transportation and Development – I-10 Calcasieu River Bridge Public-Private Partnership Project. Key member of the legal team advising on the LA DOTD’s second P3 project. The project includes design and construction of a new six-lane bridge on Interstate 10 over the Calcasieu River, development of a new toll system, modification and relocation of existing roadways and demolition and removal of the existing bridge. This design-build-finance-operate-maintain project has an estimated capital cost of between $1.5 and $1.8 billion. Shant’s services include leading development of the Comprehensive Agreement and assisting with the procurement.

Indiana Department of Transportation – I-65/I-70 North Split Project. Member of the legal team advising on a $316 million project to improve the safety and operations of the I-65/I-70 North Split interchange in Indianapolis. The Project includes new or replacement of 42 bridges, rehabilitation of six bridges, replacement of 27.6 lane miles of pavement and a non-tolled highway. An RFQ and contract were issued in April 2019 and June 2020 respectively. Shant is advising on ongoing administration of the Project.

Indiana Department of Transportation – I-69 Section 6 Contract 5 Project. Key member of the legal team advising on a $750 million overhaul of a portion of Indiana's I-69. It involves full reconstruction and widening of a portion of I-465, the conversion of at-grade crossings to interchanges or overpasses, reconstruction and construction of local access roads, reconfiguring of existing interchanges, and a new system interchange for I-69 and I-465. An RFQ and RFP were issued in July 2019 and March 2020 respectively, and the agreement with the Design-Build Contractor was executed in November 2020. Shant’s services include leading the drafting of the procurement documents and the agreement, assisting with the procurement and advising on ongoing administration of the Project.

Indiana Finance Authority/Indiana Department of Transportation – Sherman Minton Corridor Project. Key member of the legal team advising on a $100 million project that involves rehabilitating the I-64 Sherman Minton Bridge, as well as the associated Indiana and Kentucky approach bridges. The long-term repairs, along with normal preventive maintenance, will add up to 30 years of service life to the bridge. An RFQ was issued in December 2019, an RFP in June 2020, and the DB contract was awarded in March 2021. Shant’s services include assisting with evaluations and advising on ongoing administration of the Project.

Maryland Transit Administration and Maryland Department of Transportation – Purple Line Light Rail. Member of the legal team advising on the procurement of Maryland’s first transit P3 project awarded in 2016. After the concessionaire’s design-build contractor left the project in fall of 2020, we advised MTA/MDOT on the negotiation of an amended P3 agreement and resolicitation of a replacement design-build contractor. The $3.4 billion (capital cost), 16.2-mile light rail system will significantly facilitate mobility between the Maryland suburbs and Washington, D.C. The amended project reached financial close in April 2022. Nossaman continues to advise MDOT/MTA in the implementation of the amended P3 agreement. Shant assisted with contract implementation and administration for the project.

Denver International Airport – Jeppesen Terminal Redevelopment Project ("Great Hall Project"). Member of the legal team that advised the City and County of Denver on the $1.8 billion P3, which included a multi-faceted upgrade of Denver International Airport's Jeppesen Terminal and the development and management of a new concessions program within the terminal. The project combined an availability structure with shared revenue risk on the concessions program. Shant’s services included helping to draft the development agreement drafting ancillary agreements, and supporting the activities leading to Financial Close.

Louisiana Department of Transportation and Development – Loyola Dr./Interstate 10 (I-10) Interchange to New Airport Terminal (LANOIA) Design-Build Project. Key member of the legal team advising on the LA DOTD’s project to design and construct a new Interstate interchange to provide access to the north terminal at Louis Armstrong New Orleans International Airport. Shant assisted with the facilitation of a procurement strategy session to help the transportation agency develop its procurement process, contract documents and risk profile, and will participate in pre-proposal dialogues including one-on-one meetings and Alternative Technical Concept reviews; conduct the evaluation and selection process; and draft, conform and execute the contract documents. The Nossaman team has also drafted an NOI, RFQ and draft and final RFPs. The capital cost of the project is approximately $125 million.

Louisiana Department of Transportation and Development – I-220/I-20 Interchange IMP & BAFB Access Design-Build Project. Key member of the legal team advising on a design-build project to construct and interchange and access to Barksdale Air Force Base, an Air Force Global Strike Command base located in Bossier Parish, LA. Shant assisted in the facilitation of a procurement strategy session to help the transportation agency develop its procurement process, contract documents and risk profile, and participated in pre-proposal dialogues including one-on-one meetings and Alternative Technical Concept reviews; helped conduct the evaluation and selection process; and helped draft the contract documents. The Nossaman team has also drafted an NOI, RFQ and draft and final RFPs. The capital cost of the project is approximately $95 million.

Louisiana Department of Transportation and Development – Belle Chasse Bridge & Tunnel Replacement. Key member of the legal team advising on the LA DOTD’s first P3 project procured under new P3 authority. The project will replace the aging Judge Perez Bridge and Belle Chasse Tunnel in Plaquemines Parish with a toll facility. Shant helped facilitate a procurement strategy session to help the transportation agency develop its procurement process, contract documents and risk profile; helped draft the NOI, RFQ and RFP; participated in competitive dialogue with proposers; conducted the evaluation and short-list and evaluation and selection processes; and assisted during the concurrent commercial and financial closing. The project closed in December 2019, and will be a revenue risk project with a capital cost of $169 million.

Massachusetts Bay Transportation Authority – Commuter Rail North Side ATC Design Build Project. Member of the legal team advising on an approximately $280 million design and installation of an automatic train control overlay of commuter rail lines that are currently undergoing installation of Positive Train Control. Shant assisted the agency in developing its RFQ, RFP and evaluation processes, along with advising the agency regarding other policy-related issues, for a design build procurement for design and installation of ATC on the agency’s North Side Commuter Rail Lines.

Massachusetts Bay Transportation Authority – Green Line Extension Project. Member of the legal team that advised on 5-mile extension of the Green Line light rail. The agency retained us to examine the deployed construction manager/general contractor delivery method, consider alternatives and make recommendations on the optimal delivery method going forward. Following the termination of existing contracts, we guided them on the procurement for a design-build contract to complete the project, which included the use of an affordability limit and identified six prioritized scope additives. Shant’s services included assisting in drafting the procurement documents, including the Instructions to Proposers and the Design Build Contract. He also included drafting manuals and related materials to guide the agency’s evaluation of statements of qualification and proposals. Shant supervised and supported the agency’s selection committee and technical advisors during the proposal evaluation and selection process.

Massachusetts Department of Transportation – Alternative Project Delivery Program. Member of the legal team advising on the creation of a programmatic approach for the screening and delivery of complex infrastructure projects in the Commonwealth of Massachusetts. Shant assisted with all aspects of the program’s creation and implementation, including analyzing procurement laws, advising on relevant policy decisions, preparing project screening materials and drafting program guidance documents.

Transportation Research Board, Member of Committee on Contract Law

Coalition for America's Gateways and Trade Corridors, Board Member and co-chair of Reauthorization Working Group

Included in Best Lawyers: Ones to Watch for Construction Law and Project Finance Law, 2021-2023

Named a Rising Star by the Armenian Bar Association, 2022