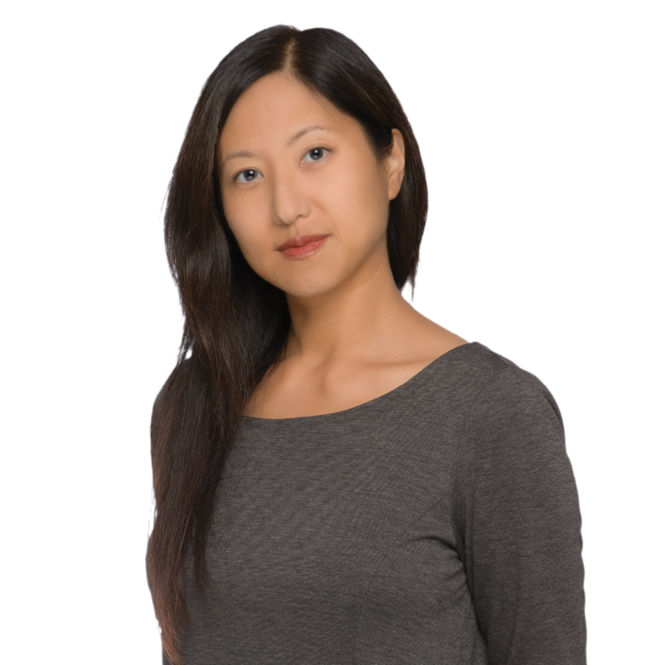 Yukiko Kojima offers clients unique experience with highly innovative alternative delivery strategies for large-scale infrastructure projects in the U.S. because of her deep knowledge of national best practices as well as Canada’s mature P3 market. She primarily advises public agencies in the use of methods such as P3 and design-build, but also represents private-sector participants on select projects.

Yukiko takes an active role in Nossaman’s P3 practice initiatives in the social infrastructure area, and co-authored the Firm's model social infrastructure P3 legislation. She served on the national board of Design Build Institute of America and chaired its P3 Committee from its inception.

Before joining Nossaman, she was a partner in the leading P3 practice of a Canadian law firm in Vancouver and Tokyo where she assisted successful and shortlisted bidders on numerous award-winning P3 projects in Canada.

Maryland Transit Administration and Maryland Department of Transportation – Purple Line Light Rail. Leader of the legal team that advised on Maryland’s first transit P3 project – an approximately $2 billion (capital cost) light rail system that will significantly facilitate mobility between the Maryland suburbs and Washington, D.C. The project reached commercial close in April 2016 and financial close in June 2016. Yukiko’s services included preparing a written assessment of delivery alternatives and North American P3 procurement best practices for the project. Yukiko is also a key member of the legal team advising Maryland on the implementation of its settlement agreement with the concessionaire and the reprocurement of a design-build contractor to complete the project. Three shortlisted teams were announced in March 2021.

City of Los Angeles – Convention Center Renovation and Expansion. Leader of the legal team retained by the City to help negotiate and draft an implementation agreement for the Los Angeles Convention Center (LACC) expansion P3 project, for which the City entered into an Exclusive Negotiation Agreement with a developer in January 2019. The resulting expansion is anticipated to add at least 190,000 square feet of additional contiguous exhibit space, 55,000 square feet of meeting room space and at least 95,000 square feet of multi-purpose space to the existing facility, and includes the renovation of the Gilbert Lindsay Plaza.

Denver International Airport – Jeppesen Terminal Redevelopment Project (“Great Hall Project”). Leader of the legal team that advised the City and County of Denver on the $1.8 billion P3, which included a multi-faceted upgrade of Denver International Airport's Jeppesen Terminal and the development and management of a new concessions program within the terminal. The project combined an availability structure with shared revenue risk on the concessions program. Yukiko’s services included drafting and negotiating the development agreement and advising on implementation issues.

The Regents of the University of California – UC Merced 2020 Campus Expansion Project. Key member of the legal team that advised the University of California on a $1.3 billion P3 project that doubled the size of its Merced campus with the addition of new facilities, including student housing, classrooms, recreational facilities and associated infrastructure. The award-winning project is the first university availability payment P3 to close in the United States, and achieved substantial completion on schedule and on budget in June 2020. The project was awarded platinum LEED, making it the first public research university to be certified as carbon neutral. Yukiko’s services included assisting with structuring the procurement, drafting and finalizing procurement and contract documents, and developing the evaluation process. Following closing, she advised on legal issues arising from the implementation of the project.

Florida Department of Transportation – I-4 Ultimate Project. Key member of the legal team that advised on the development and negotiation of contract and procurement documents for a $2.3 billion highway development across Orange and Seminole Counties. The award-winning availability payment P3 project will rebuild 15 major interchanges, add or replace 127 bridges, and build four tolled express lanes partially funded through a $949 million TIFIA loan.. Yukiko drafted the contract documents, participated in one-on-one meetings with shortlisted proposers, assisted with the evaluation process and assisted with the negotiation and finalization of contract documents and the closing process.

New York State Thruway Authority – Tappan Zee Bridge. Key member of the legal team that advised on a project Gov. Andrew Cuomo has described as the state’s most pressing infrastructure need – replacement of an aging three-mile-long cantilever bridge over the Hudson River with a new cable-stayed, dual-span structure designed to last a century. To help deliver the project, Nossaman drafted procurement and contract documents and assisted with the procurement, which resulted in the award of a $3.1 billion design-build contract with to a Fluor-led consortium – $800 million less than the next lowest bidder – in the first such deal undertaken by the transportation agency and the largest in the country to date. The new Governor Mario M. Cuomo Bridge opened to traffic in 2017. Yukiko’s services included reviewing enabling legislation, assessing project risk, producing procurement and contract documents, participating in meetings with proposers and contract negotiations.

InTransit BC Limited Partnership – Canada Line Rapid Transit Project. Key member of the legal team that advised the successful proposer led by SNC-Lavalin in its successful bid for the CAD $2 billion DBFOM rapid transit project connecting downtown Vancouver with Vancouver International Airport and the City of Richmond. The concessionaire completed the P3 project within budget and ahead of schedule before the opening of the 2010 Winter Olympics. Following financial close, Yukiko also acted as lead external counsel to the concessionaire on all legal matters arising from project. In 2005, Project Finance magazine named Canada Line North American Transport Deal of the Year and PFI magazine honored it as Infrastructure Deal of the Year-Americas. In 2010, Infrastructure Journal named the line one of the 100 most innovative and socially significant infrastructure projects in the world.

Brookfield Infrastructure Partnerships Surrey – Surrey Pre-Trial Services Centre Expansion Project. Key member of the legal team that advised the successful proposer on a CAD $90 million DBFM availability payment concession for the Surrey Pre-Trial Services Centre Expansion Project in Surrey, British Columbia, which included the construction of 216 high-security, state-of-the-art cell expansions and renovation of an existing detention facility. In 2011, the project received the Canadian Council for Public-Private Partnership’s Gold Award for Project Financing. Yukiko’s services included drafting and negotiating the design-build contract on behalf of the concessionaire and assisting with closing.

Design-Build Institute of America, Former National Board Member and Chair of P3 Committee

Education Through Music-Los Angeles, Board Member