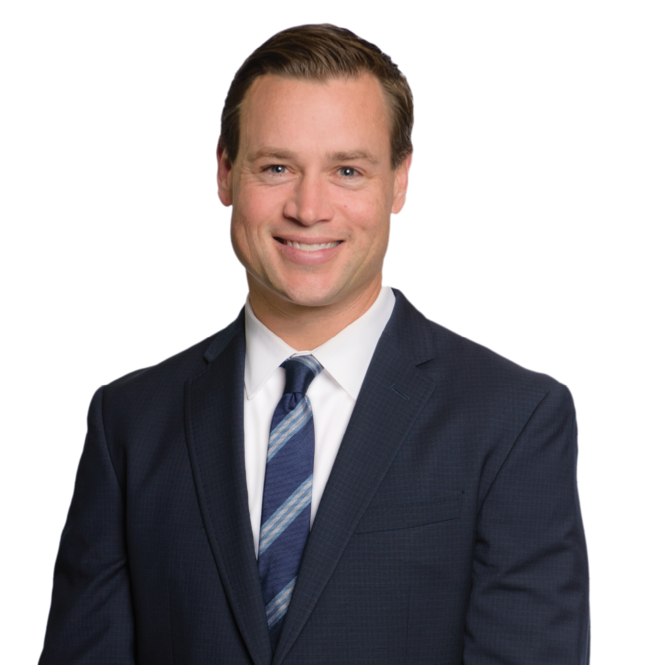 An accomplished real estate and business litigation lawyer in California and across the United States, Brad focuses on the transportation, energy/gas, water, land use development, and telecommunications sectors. His work has been profiled in numerous publications, including multiple cover features in Right of Way Magazine. He is a sought-after speaker and the author of several treatises on condemnation and real estate valuation.

Both Chambers & Partners and Best Lawyers in America© recommend Brad for land use, zoning, and infrastructure matters, commending his “responsiveness,” “practical, business-minded advice” and “high level of decorum.” He has earned the CRE® designation by the Counselors of Real Estate® and was recently named Chair of the California (Southern) Chapter, distinguishing him as a leading advisor in complex real property matters.

Some of Brad’s other accolades and recognitions include:

Brad serves as general counsel and sits on the Advisory Board for Mobility 21, and has served as general counsel to the International Right of Way Association (IRWA), where he was elected as President of the Inland Empire Chapter and named as the organization’s “Professional of the Year.”

24 Hour Fitness. Represented one of the world’s largest fitness chains in negotiating just compensation for the taking of one of its gyms for a new high school. The settlement resulted in an award of over $23 million, which included loss of business goodwill, furniture, fixtures and equipment (FF&E), and leasehold bonus value, along with relocation reimbursement to substantially expand and improve another nearby gym and obtain additional parking rights. The complex and successful negotiations allowed the client to keep its club open for several years to assist with the transition of members and minimize business losses.

Crystal Geyser. Represented producer of bottled water with respect to the potential acquisition / condemnation of its water rights, including negotiating valuation issues, purchasing additional water rights, and transferring water to the local city for industrial uses. Brad guided a creative and notable resolution that was featured in the New York Times article, "A Battle Over Water Comes to a Sweet End."

Jackson Family Wines. Represented one of the top-10 wine producers in the United States with real estate issues related to the proposed development of its Freemark Abbey winery complex and its Vinwood Cellars property. As part of his work, Brad successfully convinced PG&E to relocate several new gas pipelines that would interfere with the client’s proposed developments.

Portola Hotel & Spa v. City of Monterey. Represented one of Monterey’s most recognized hotels located next to Old Fisherman’s Wharf, with an inverse condemnation and land use / zoning lawsuit related to the City of Monterey’s $60 million conference center renovation and its attempted changes to surrounding land uses. The matter settled shortly before trial with total monetary consideration and the restoration of significant property rights valued at over $13 million.

Winchester 700 v. Western Riverside County Regional Conservation Authority. Represented owner of a 454-acre property in Riverside County that was sought for conservation purposes. The RCA and the County refused to process the owner’s residential development entitlements, yet they never made an offer to purchase, instead “de facto” conserving the property. Under threat of an inverse condemnation action, Brad assisted the owner in an arbitration which ultimately resulted in a settlement for more than $70 million.

Brookfield Development. Representing client with a variety of real estate issues related to its Altair Project in Temecula which involves the development of a 270-acre parcel west of the Old Town area with a proposed 1,750 new homes.

Penn National Gaming / San Diego Gaming Ventures. Provided client with real estate and land use advice related to the construction of the $400-million Hollywood Casino Jamul project in San Diego. Brad successfully represented the client before the County Planning Commission, and defended litigation related to the use of nearby property for construction purposes, which litigation resulted in a judgment in the client’s favor and a substantial award of attorneys’ fees. Brad also negotiated numerous real estate transactions related to the project and off-site improvements and worked with environmental agencies to solve complex real estate-related matters.

Makar Properties v. City of Huntington Beach. Represented developer in connection with a dispute regarding the value of the “Pacific City” beach-front property, which value determined the park-in-lieu fee to be paid as part of its development. The parties were nearly $50 million apart in their valuation figures. Brad assisted the client at binding arbitration where the three judge panel awarded a value exactly at the client’s appraisal testimony, which equated to a savings of $20 million in park fees.

Starr Camargo v. United States. Represented the operator of the Rio Grande City Port of Entry in defending the Department of Justice’s proposed condemnation of land for the US / Mexico border wall, and advised on a master plan development to expand the port operations.

Martz v. Morro Bay. Represented owners of a 50+-acre property against the City of Morro Bay to successfully negotiate a favorable settlement for just compensation and ensuring appropriate development rights moving forward after the City sought to acquire easements over a portion of the property for a $125 million wastewater treatment facility, the largest infrastructure project in Morro Bay history.

Truxtun Court Partners. Represented commercial property owners in an inverse condemnation action related to the city’s closure of the property’s primary driveway which resulted in a taking of abutter’s rights and a substantial impairment of access. The case settled for $2 million.

City of Santa Ana v. Pacific Industrial. Represented owner of industrial site sought to be acquired for a new homeless shelter. After receiving an offer under threat of eminent domain for nearly $10 million, Brad successfully convinced the city to shift its project to another location by demonstrating potential liability for precondemnation damages and a property value at more than double the city’s offer.

International Right of Way Association (IRWA). Served as general counsel to the 10,000+ professional member organization comprised of global infrastructure real estate practitioners from over 15 countries around the world.

Southern California Edison. Representing Edison with real estate, encroachment dispute, utility relocation, inverse condemnation, and right of way acquisition services for multiple electric transmission projects. Brad also provides SCE with strategic advice on wildfire liability, land use, and other environmental issues, and is defending SCE in the acquisition of thousands of its facilities for a flood inundation project.

Patriot Rail. Representing one of the leading operators of short line and regional freight railroads and rail services throughout the United States, including on real estate acquisitions and project development issues.

San Bernardino County Transportation Authority. Assisted SBCTA with the acquisition of properties for the Downtown San Bernardino Passenger Rail Project/San Bernardino Transit Center and the Redlands Passenger Rail Project, which projects will combine to provide a 10-mile extension of Metrolink rail service in the Inland Empire. Also represented client in acquiring portions of 150+ properties for the sbX E-Street Corridor BRT Project, a first-of-its-kind 15.7-mile bus rapid transit line. Brad was able to secure possession of the entire right of way, under budget, on an incredibly ambitious schedule to ensure the project secured necessary FTA funding.

United States Postal Service. Advised client on land use, zoning, affordable housing, and title issues impacting the eventual sale of a 25-acre property in Aliso Viejo for over $30 million.

California-American Water Company. Guiding client through the acquisition of numerous real estate holdings to assist in providing community water service, along with assisting with a variety of other real estate disputes.

City of Alameda. Representing client in litigation concerning the acquisition of a railroad corridor from Union Pacific. Also advising client on other real estate-related disputes.

Orange County Transportation Authority. Providing OCTA with real estate/condemnation advice for various projects. Work included representation in an eminent domain and inverse condemnation action arising from the Placentia Avenue Grade Separation Project where the property owner and two national retail tenants, Home Depot and Sam’s Club, cumulatively claimed nearly $100 million in damages due to OCTA’s acquisition and the purported impacts on the ability to redevelop the site. The matter was resolved shortly before trial for approximately 3% of the claimed damages.

Los Angeles Unified School District. Represented LAUSD in numerous property acquisitions for school expansion projects. Work included the condemnation of a 24-acre industrial property along the Los Angeles River. The litigation involved issues of contamination, overlapping easements, and undocumented encroachments. After defeating the owner’s right-to-take challenge at trial, the matter settled for $50 million, which was more than $25 million less than the owner's appraiser's valuation.

Recognized as one of the “2021 Visionaries” in Commercial Real Estate, Los Angeles Times B2B Publishing, 2021

Awarded the CRE® designation by the Counselors of Real Estate®

Recognized as a California Trailblazer by the Recorder, 2019

Chosen for individual recognition for Real Estate: Zoning/Land Use Law in California by Chambers USA, 2015-2019, 2022

Chosen for an AV-Preeminent Rating by Martindale-Hubbell, a significant rating accomplishment given to only those attorneys who exhibit the highest level of professional excellence based on a review of their peers